Kangana Ranaut has proved us time and time again that she is the most fearless actress in Bollywood. The bold-spirited lady hails from Himachal Pradesh. From a girl who wanted to be a doctor to becoming an actress, her journey has been well and truly remarkable. She gave her first movie hit with “Gangster” and now, the actress directs her movies herself.

However, recently, she has been hitting the headlines for all the reasons. She had recently heaped praise on ancient women for maintainting their culture and shamed modern women for preferring American torn jeans in a recent tweet. Her tweet spread like wildfire on social media and triggered massive uproar on social medi.

Meanwhile, some netizens dug out her old pictures in which the actress is wearing exactly that (American torn jeans). Initially, she had posted a photo of “first female licensed doctors in their respective countries” and wrote, “Appreciation tweet for ancient women who not only represented their individuality but their entire civilisation, cultures and nations.

Today if such achievers are to be clicked they will all wear torn American jeans n rags like blouses,representing nothing but American marketing.”

This is how netizens roasted her:

During a popular TV show Kangana Ranaut said, “He runs away when he sees me. In fact, when we broke up in 2014 and after that one year when he was harassing me and stalking me, I complained to his father. I told him that his son is harassing me, stalking me, has hacked my account and he’s not letting me get into any other relationship. So his father said I’m going to arrange a meeting for you. Since then, I’m hoping to get a meeting with him to have a two-word conversation with him and ask him that he’s telling the world he doesn’t know me.”

On Karan Johar’s chat show, Koffee with Karan, Kangana Ranaut had launched a scathing attack on Karan Johar, calling him out on his own chat show.

“In my biopic, if it is ever made, you will play this stereotypical Bollywood biggie who is very snooty and completely intolerant to outsiders and flag bearer of nepotism, the movie mafia. You will have a huge part to play in my biopic. I like the antagonist in you in my biopic. You have been the driving force in my life. If it wasn’t for all the rejections and mocking, I wouldn’t have been here. Karan, you made fun of my English on this couch. But I haven’t held this against you.”

Talking about her past exes, Kangana said: “If I told you some of the names (of my exes), you’d be shocked that even this loser has dumped me. They come back but then I can’t take them back, because by then I’ve moved on to another loser.”

Kangana’s opinion on award shows is clearly evident. She said bluntly, “I will not attend award ceremonies as they are merely for commercial purposes.”

When Kangana slammed Shabana Azmi. As reported by Pinkvilla, during an interaction with the Manikarnika: The Queen of Jhansi actress, she said,

“People like Shabana Aazmi calling for halt on cultural exchange, they are the ones who promote Bharat tere Tukade honge gangs…. why did they organise an event in Karachi in the first place when Pakistani artists have been banned after Uri attacks and now they are trying to save face. Film industry is full of such anti-nationals who boost enemies morals in many ways but right now is the time to focus on decisive actions…. Pakistan ban is not the focus, Pakistan destruction is.”

“I suggested that she grows some spine and supports an important film about woman empowerment and nationalism…if she doesn’t have a voice of her own and her existence is all about being KJo’s (Karan Johar) puppet then I don’t consider her successful.”

“I don’t have any intention to join politics or an election campaign of a political party. Many people feel that I want to enter politics but that’s not true. There are few actors in our industry like Ranbir Kapoor where he has been seen talking in an interview that ‘We have regular supply of water and electricity at my home so, why should I comment about politics?’ But I feel because of this country’s people you are living in your luxurious home and you are travelling in your Mercedes so, how can you talk like that? This is irresponsible behaviour and I am not that kind of person.”

When Kangana Ranaut slammed nepotism after Sushant Singh Rajput’s sudden demise. Kangana had even questioned why his movies were not acknowledged at award shows?

Kangana Ranaut, who has always been extremely vocal about the issue had released a video on Twitter reiterating the same. 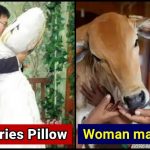 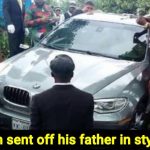