In many families of India, or to be exact, in most of the families of India, the girl child is not given the due respect. Girls, as it is the obvious truth, are often discriminated against. The improvement of their social and economical status in the society is a daunting challenge for any government. However, all governments do take steps and measures in an effort to uplift the position of the very gender.

The Ladli Laxmi Scheme is one such attempt in this direction made by several states in India (but not by all states). The scheme was first launched by the government of Madhya Pradesh in 2007 under the leadership of Shivraj Singh Chauhan, keeping in mind both social and economic conditions of females. Mr Singh is also known for his works in agriculture, water and electricity in his state. The scheme was so successful that it drew attention of other states and pushed them to think over the plan. Over years, many states implemented the Ladli Laxmi Yojna. Setting up an example, the government of Goa has taken up a step further and sanctioned an amount of Rs. 150 cr for this programme.

As per the scheme, If you register your daughter, the government will provide you with 1 Lakh rupees for her marriage. Anyone, who is financially weak to marry his/her daughter, can apply.  This will be a gift to the girl from the state government. However, this governmental gift cannot be given as dowry to the groom side under any circumstances. The amount is only meant to be for expenses in the wedding ceremony.  To get the benefits, one must go through the full process of marriage registration.

Qualifications for this scheme:

There are certain conditions in this scheme. So before you apply for it, you must know these conditions. The Youth team has highlighted some basic norms. 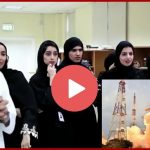