The time is not too far when Pakistan will itself stop threatening India with nuclear toys and China won’t measure its strength by missile technology as India is all set to become a missile-proof country where no uninvited missiles could dare to touch Indian soil.

Indian scientists are working on a top secret project under which the smartest military weapon of the 21st century is being developed which is named after Hindu goddess Kali.

In Scientific term, KALI stands for ‘Kilo Ampere Linear Injector’. TheYouth brings you an inside update on how the world’s deadliest weapon system works. It is designed to work in such a way that if an enemy missile is launched in Indian direction, it will quickly emit powerful pulses of Relativistic Electrons Beams (REB) and destroy the target in no time. Unlike laser beams, it does not bore a hole in the target but thoroughly damages the on-board electronic systems.
.
Scientists say that it can potentially be used as a beam weapon. Bursts of microwaves packed with gigawatts of power (one gigawatt is 1000 million watts) produced by this machine, when aimed at enemy missiles and aircrafts will cripple their electronic system and computer chips and bring them down right away. According to scientists the KALI is far deadlier than so-called laser weapons that destroy by drilling holes since this process consumes time. Its efficiency has pushed our scientists to look forward to inventing a high-power microwave gun to destroy incoming aircrafts and missiles, based on the same method.
.
In order to understand this technology in a comprehensive way, we at DefenceNews.in will take you back over two thousand years, when Archimedes, an ancient Greek scientist, burned down Roman ships by bending sunrays towards the ships and successfully defended the city of Syracuse. In comprehensible words, the old man directed the incoming energy from the Sun to Greek ships. As a result, it quickly heated up the ships and reduced them to ashes. In 1985 Dr. R Chidambaram, the then director of the BARK, came up with the idea of developing weapons on the same concept and four years later he began working on it. The project was about to complete in 2004, however it was delayed owing to some obstacles lying in its way.
.
The USA attempted to develop the same technology for its defence as well but could not succeed. India, on the other hand, is believed to have conducted a successful test of the first phase of the KALI in 2012. Pakistani news channels blame India for the Siachen Glacier avalanche of 2012 when reportedly 135 Pakistani soldiers were buried alive and many injured. They say that Indian scientists emitted high energetic beams of electronic rays which melted some ice-sheets of Siachen glacier and artificially created this catastrophe using ‘KALI’ technology.
.
The long and the short of the story is that India is about to step in the epoch of a new technology where no country can pose missile threat or nuclear threat to the country. As India’s GDP is growing significantly, our scientists are achieving new heights every now and then without any foreign assistance.
.
Be it space research or other scientific developments, We are frequently becoming a self-dependent nation. So far, a lot we have achieved, but there is a long journey to be covered yet. 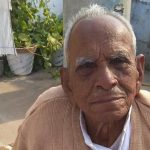 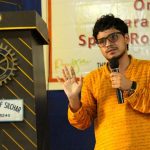