While the global countries are constantly working to reduce the pollution levels by introducing electric vehicles in order to achieve zero-pollution transport, Israeli engineers came up with a brilliant engine prototype which can run effectively on water-ethanol.

This will not only reduce pollution levels but will also increase fuel efficiency. The engine they’ve made is a conventional piston engine that runs on a combination of 70% water and 30% ethanol or any other kind of alcohol. This totally eliminates the need for diesel or petrol.

Quite interestingly, any car engine can be usable with water and ethanol with slight alterations, which will save fuel costs and also release fewer emissions.

India is working towards manufacturing electric vehicles in an attempt to cut down dangerous emissions to some extent. This means that there will be a reduction in fuel imports and the evolution of electric vehicles is now seen as the best alternative for IC engine vehicles.

TVS India is one of the companies that has launched India’s first-ever Ethanol-based motorcycle named TVS Apache RTR 200 Fi E100.

For so long, there have been plans about replacing petrol with ethanol. Gradually, the vehicle manufacturing companies have decided to manufacture vehicles that rely on ethanol which is the most practical and best replacement for petrol.

Ethanol is much better than petrol because it is domestically produced from renewable plant sources like sugarcane molasses and alcohol remains from sugar factories.

The primary reason to move to Ethanol is that it produces much fewer emissions than petrol, reducing them down by as much as 35% (CO). Not just that, there is also a reduction in the emissions of hydrocarbons, nitrogen oxides, particulate matter including sulphur dioxide which are harmful to living creatures.

The brand new TVS Apache RTR 200 Fi E100 has been launched at a price or Rs 1.2 lakh (ex-showroom) and will be available in three states namely Maharashtra, UP and Karnataka. For the uninitiated, the motorcycle is an early concept vehicle that TVS displayed at the Auto Expo 2018.

Talking about the performance figures of the bike, it has 21 PS power output and 18.1 Nm torque, with a top speed of 129 kmph. It is well-equipped with ethanol drive train which means that the bike can run on 100 percent ethanol with its Twin-Spray-Twin-Port EFI technology. It can also run on petrol as fuel too. 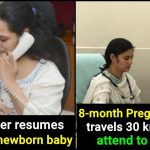 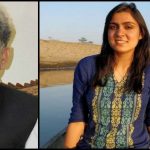