Ranveer Singh Bhavnani is a famous celebrity in India. He is one of the top stars in the Bollywood industry. He is the recipient of several awards including four Filmfare awards. He is also one of the highest-paid actors in India. He has been featured on Forbes India’s Celebrity 100 list since the year 2012.

Deepika Padukone and Ranveer Singh got hitched in Italy on November 14th and 15th 2018. The power couple hosted three grand receptions in Bengaluru and Mumbai respectively. Whatever Ranveer Singh does, he often hits the headlines more often than not.

He usually grabs the attention of the fans with interesting tweets on social media. He loves to comment on other celebrities’ posts as well. Not long ago, he opened up about his plans about having a baby with his wife Deepika Padukone.

“I feel my marriage was timed really nicely and it has been a few years. We (me and Deepika) are always talking about the life that we share and we always discuss how we want to mold our life and lifestyle,” Ranveer Singh said in a recent chat with India Today.

During an interview with Deccan Herald, the Bollywood star had earlier confessed that he lost his virginity at the age of 12 to an older woman out of curiosity. The actor further added, “I think I was around 12 when I did it. I started everything early, everything!

“I was way ahead — so much so, that in school all the mothers used to say he (Ranveer) is that rotten apple that’s spoiling all our kids. I used to hold sermons with all the boys surrounding me and I used to teach them. They hadn’t heard of it and I became an expert because I had started very early,” he added.

Then I realised that the only ads we have for condoms are very provocative in nature. That shouldn’t be the only prevailing definition of sex. As a society, we have evolved; our attitude towards the subject has changed. So we can have open and healthy conversations about this. Somebody needs to point that out or else people will keep treating it as taboo,” Ranveer Singh said on being asked about condom ads. 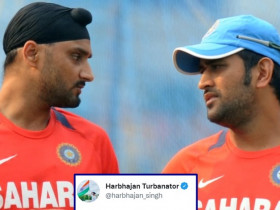