Bollywood Celebs who are getting old but are still 'single', here's the list

On the contrary, not many plans to get married. There are many such big actors in Bollywood who are still single and are yet to be married. They have also given solid reasons as to why they are single and still happy to remain single.

It is indeed shocking to know that there are many handsome actors, gorgeous actresses who are ruling the hearts of their fans, are yet to be married. In fact, all these celebrities have crossed 40 years and some are even 50 plus.

But still, these actors don’t understand the concept of marriage. In this article, we will take a look at 10 actors who are still single.

The highway actor, Randeep Hooda is one of the most powerful actors in Bollywood. He has changed the entire era by venturing more and more into realistic films. He is quite popular among his female fans. He has dated Sushmita Sen and Neetu Chandra but he is still single. He once said that he has not yet planned to get married.

Akshaye Khanna has been one of the finest actors and received praises for his performances on the big screen. In fact, he has also expressed his views on marriage frankly. He is not really interested in getting married.

He even said that he is afraid of any kind of responsibility that comes along. He also stressed the fact that he was still doubtful whether or not he would be able to endure the responsibility of his wife or child.

Tabu, who comes from a wealthy background, is one of the most refined and pursued actresses in the Bollywood industry. She has given several blockbusters in her acting career. Tabu began her career in advertising films before transitioning to offbeat art films.

She has earned two national awards for her appealing performances in Astitva and Chandni Bar. She used the name Tabu to shorten her long name.

As far as her perception of marriage is concerned, Tabu added that she did not understand the concept of marriage. Nonetheless, she is still ready for marriage, children and family.

Popularly referred to as “handsome hunk”, Rahul Khanna has a massive female following. He is 49 years old but he is still a bachelor and there hasn’t been any report or news of his marriage yet.

Interestingly, she is quite modern in terms of dating and doesn’t mind sharing the titbits of her relationships. However, she is still single. She has also adopted 2 children, but she hasn’t planned to get married as of now.

Karan Johar is the host of the talk show ‘Koffee with Karan’. The show has always been a big source of uproar in Bollywood, and it has successfully extracted plenty of shocking confessions.

A rumour has it that after the release of Student Of The Year, which saw Karan Johar introduce Alia Bhatt, Varun Dhawan, and Sidharth Malhotra to the world of Bollywood. The popularity of the film and rumours of KJo dating Sidharth provided the three actors with a boost.

Despite the fact that the filmmaker has not come out, he is outspoken about LGBTQ issues, particularly in India. It’s unclear how much reality there is in their relationship. Karan is currently linked to Manish Malhotra, a fashion designer.

However, it is clear that one of the most popular producers and directors of Bollywood is still single. In fact, he has no intention of getting married.

Do you remember Divya Dutta? She portrayed a memorable role in ‘Bhaag Milkha Bhaag’. The Bollywood actress is still unmarried. However, she doesn’t plan to get married. The 43-year-old actress also added that if she finds the right person then she will surely get married.

Bollywood actor Rahul Bose is 54 years old. He is still not in a hurry to get hitched. In fact, he doesn’t have much faith or belief when it comes to marriage. Once Rahul added that he does not see any valid reason as to why it is so important to get married. He stressed the fact that he is well settled. “Love for me is like a dream. I have been in love in my life and also in a good relationship,” he said.

Ameesha Patel announced her arrival in the Bollywood industry with the film ‘Kaho Naa… Pyaar Hai’. Bollywood actress also stunned the box office with the film ‘Gadar’. Shockingly, she is unmarried too. Earlier, she said: “Find a boy for me. I will get married.”

Bollywood’s top actor had once said that he does not believe in love at all. He said, ‘There is no reason why I believe that the word love is also there.’ 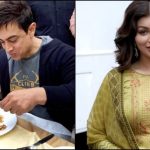 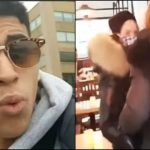