The then Samajwadi Party government pushed me to alter the meat sample that was seized from the crime scene in Akhlaq case, stated Subodh Kumar Singh. The shocking report was made by the slain police officer many months ago when the ‘Cobrapost team’ met up with him while investigating the series of lynchings across the country in the name of ‘cow protection’.

In a very serious interaction, that took place in a Vrindavan police station, Subodh Singh made many shocking statements on how the state government, led by Akhilesh Yadav, worked overtime to control the outcome of veterinary and FSL examinations.

It may also call to mind that Akhlaq was lynched to death whereas his younger son was badly injured, by an angry mob comprising villagers of his own village Bishara on the night of September 28, 2015, which broke into their house unexpectedly. Akhlaq was accused of lynching a cow-calf and consuming its meat. Singh was in charge of the Jarcha Police Station at that time. Going about his business, the officer made smart moves and made 10 arrests.

Later on, 18 arrests were made regarding the case. Just within 40 days before the inquest was done, the officer was switched to other location all of a sudden. Actually, the Akhilesh government was working privately to give the case a twist of its own by pressurizing officials. But Singh did not collapse under pressure that was put on him by the administrative machinery and hence he got his transfer.

Here, the police officer is recalling about the meat that his team had seized from the crime spot that disastrous night.

After disclosing the reason of his transfer, the officer made another statement. He said, “Asliyat yah hai ki doctor se report change karai gai thi … buffalo doctor se ye main bata raha hoon (The truth is the doctor was forced to change the report … the buffalo doctor, I am telling you this).” Please repeat it again, we did not understand you say, we told him.

They had refused to return the meat sample … one sub-inspector from our department had also come).” You mean the government wanted the meat to prove not of cow origin, we asked him. The officer said, “Haan gaay saabit na ho (Yes, it is not proved a cow).” Even then DGP spoke to him about this issue, as Singh said, “Unko bhi pata tha, humse bhee poochha tha DGP sahib ne ki …

tum ko kya laga prathm drishtya dekh ke khaal baraamad ho rahi bail kee khaal baraamad ho rahi hai safed … se barabar hota hai gaay ka hai yah meat. Teesre din change karwa rahe the 28 tareekh ke bajaye 31 tareekh (He too knew it. DGP sahib had also asked me … what you saw prima facie. We had seized the hide. Was it the hide of a bullock? White … makes it certain that this it cow meat only … they were asking me to change it on 31st after three days, instead of 28th).”

As all these revelations make it quite clear, the honest officer stood his ground. It is indeed heartbreaking and shameful to see such an upright officer like Singh to have been murdered in broad-day light by a murderous mob of so-called gau-rakshaks.

It is even shocking to know that secular government of the Samajwadi Party tried to manipulate a honest officer like Singh and penalise him with a transfer when he refused to agree. ‘Cobrapost’ made a call to Nagendra Pratap Singh, the then District Magistrate of Gautam Buddh Nagar, but he refused to talk about an issue related to the slain police officer.

Well, these revelations were all part of a hidden-camera investigation Cobrapost had exposed killings of innocent people by gau-rakshaks in the name of cow protection. 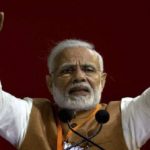 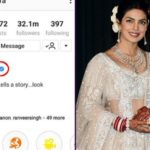