Venkatesh Prasad is a former Indian cricketer, cricket coach, commentator. He represented the Indian cricket team in two different formats namely Tests ad ODIs. Prasad made his debut in 1994. He was a right-arm medium-fast bowler. Prasad was observed for his bowling combination with Javagal Srinath.

He is plying his trade as the bowling coach for Punjab Kings in the Indian Premier League. Notably, he formerly performed a similar role for the Indian cricket team from 2007 to 2009. He currently works as Deputy General Manager for Canara Bank.

It is worth mentioning here that he once took 10 wickets in a Test game in Durban, South Africa, in December 1996. It is his only ten-wicket haul in Test cricket.

He also bagged five-wicket hauls in England, in 1996, in Sri Lanka, in 2001, and in the West Indies, in 1997. During that particular season, he bagged as many as 55 wickets in 15 Tests and 48 wickets in 30 ODIs. Rightly so, he was named the CEAT International Cricketer of the Year. He received the Arjuna Award in 2000.

Prasad’s finest moments of his cricketing career came in the 1996 Cricket World Cup when after being smashed for a boundary and sledged by Pakistan batsman Aamir Sohail, Prasad made a complete mess of Sohail’s stumps on the very delivery.

This was a turning point of the match that helped India clinch the game. Meanwhile, Venkatesh Prasad had shared a hilarious post on Twitter, trolling retired Pakistan cricketer Aamir Sohail using the ‘Indiranagar ka Gunda’ hashtag. His tweet left everyone in splits.

For the unversed, Rahul Dravid and ‘Indiranagar ka goonda’ have been the talking point on social media ever since a commercial for a credit card bill payment app featuring Dravid went viral.

Taking a cue from the advertisement, Venkatesh Prasad joined the ‘Indiranagar ka Gunda’ chorus. Venkatesh shared some iconic images of his battle with Sohail during the famous 1996 World Cup’s quarterfinal match in Bengaluru. Sharing the pictures, Venkatesh wrote:

“Me to Aamir Sohail in Bangalore at 14.5- #IndiraNagarkaGunda hoon main.”

The tweet soon caught the attention of Venkatesh Prasad and the latter came up with a perfect response. “Nahi Najeeb Bhai. Had reserved some achievements for later. In the very next World cup in Eng in 1999 , took 5/27 at Manchester against Pakistan and they were unable to chase 228. God bless you.” 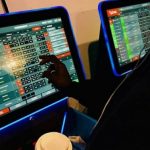 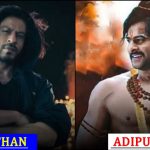