There are numerous issues that a bodybuilder must deal with, like nutrition and exercise, and if one comes from a low-income family like Prateek, it just adds to the difficulty. To top things off, being a person with a unique ability makes it almost impossible!

What others may perceive as a flaw may be converted into a strength if one is brave enough. Anything is achievable if you have the guts to overcome your weakness. Prateek Mohite’s life took a similar path when he wanted to establish a name for himself in the world.

Prateek had to overcome several challenges in his life due to his short stature. Due to his small stature, he was frequently the subject of jokes. Mohite resolved to change his own destiny by working hard although others mocked him his entire life.

The Maharashtra-based bodybuilder was born with extremely tiny feet and hands, which never grew to their full proportions as he grew older. He had been teased about his tiny stature since he was a child, which shattered his spirit.

Despite this, Pratik has demonstrated by his hard work and dedication that if you want something bad enough, you’ll find a way to make it happen, no matter what. 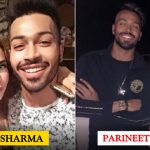 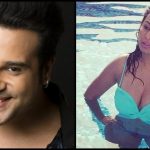