Hardik Pandya, an active cricketer, made headlines lately when he announced his engagement to actress Natasha Stankovic of Big Boss fame. Hardik Pandya, a prospective member of the Indian National Cricket Team, is a very different person off the field.

Hardik’s love life, in addition to establishing objectives with his hair colour and haircuts, has always been scrutinised. Hardik’s first love, after all, is not Natasha. According to accounts in the media, Hardik has had his share of heartbreaks, flings, and loves. At a nightclub, Hardik and Natasha met and fell in love.

Hardik Pandya was seeing this model from Kolkata and was frequently seen with her. They became public with their romance, and Lisha Sharma used to refer to Hardik as her “boo.” Pandya later clarified their split on Instagram with the following message.

“Just wanted to clear once for all, I have been single and focusing on my game for a long time! Again and again, this rumour of the picture comes out! It doesn’t justify the hard work we do! I would really appreciate ending this rumour! And let’s end it for all. Thank you, Love all, Hardik.”

Shibani’s congratulations letter for Hardik in 2017 fueled relationship speculation. This was an example of Twitter engagement that elicited a lot of excitement from fans and had us all talking. Hardik responded to her message with a thank you and a nickname for the singer-actress. “Much, beast mode,” Shibani responded. Despite the fact that their relationship rumours vanished quickly.

For a long period, Pandya was associated with Urvashi Rautela, who starred in Hate Story 4. Urvashi was rumoured to be friendly with both Pandya brothers, but she had a romance with Hardik. By posting a tweet, she congratulated both Natasha and Hardik on their engagement.

Elli and Hardik had the longest relationship. He was seen with this Big Boss actress on several occasions. The two used to go to weddings together and were spotted on numerous trips together. Theirs was one of the most talked-about relationships in Hollywood.

Pandya’s relationship with actress Parineeti Chopra caught the B-Town by surprise in 2017. The rumours began to circulate after Parineeti Chopra shared a photo on Twitter with the message, “The greatest trip with the most beautiful partner!, Love is in the air.”

Hardik responded by saying, “Can I guess?” I believe this is the second Bollywood-Cricket link,:p. By the way, great click.” Later, one of them denied the rumours, claiming that they were not dating.

Soon after breaking up with actress Eli Avram, Hardik made headlines for dating rumours involving actress Esha Gupta. They met at a party and worked hard to keep their relationship hidden. 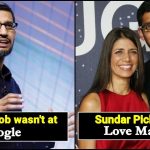 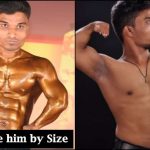