Shilpa Shetty Kundra values fitness and a slim figure. She became well-known for her toned figure and exercise, in addition to her acting. The diva, who is a yoga enthusiast, underwent breast augmentation surgery.

Besides acting predominantly in Bollywood movies, she also did impressive roles in Telugu, Tamil and Kannada movies. She made her Telugu film debut with 1996’s Sahasa Veerudu Sagara Kanya opposite Victory Venkatesh.

Shilpa Shetty and her husband Raj Kundra have been making the headlines for all the wrong reasons of late. Not long ago, Shila Shetty’s husband and businessman Raj Kundra was detailed by Mumbai police on July 19th.

Later, he was sent to police custody for allegedly creating and distributing pornographic content through mobile applications.

The actress shared a long note on her official Instagram account. She wrote: “MY STAND… I HAVE NOT COMMENTED YET and will continue to refrain from doing so on this case as it is subjudice, so please stop attributing false quotes on my behalf.”

She added: “Reiterating my philosophy of, as a celebrity “Never complain, never explain”. All I will say is, as it’s an on-going investigation, I have full faith in the Mumbai Police and the Indian judiciary.”

“As a family, we are taking recourse to all our available legal remedies” “But, till then I humbly request you – especially as a MOTHER – to respect our privacy for my children’s sake and request you to refrain from commenting on half-baked information without verifying the veracity of the same.”

Earlier, the Bollywood actress had approached the Bombay High Court seeking to prevent several media organizations from publishing any “incorrect, false, malicious and defamatory’ content against her. However, on Saturday, the Mumbai HC had refused the plea, commenting that it will “have a chilling effect on the freedom of the press.” 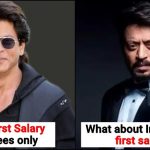 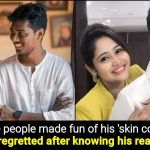