Fans are available in many different designs and for different purposes. In order to find the right device, the following criteria are helpful when purchasing:

First and foremost, it depends on the room size to find a suitable device. In a room with an area of ​​80 square meters, a desk fan does not do much, unless the user sits directly in front of the device. A suitably large fan is a prerequisite for creating a little cooling in the entire room. A large ceiling fan can be a good choice if the ceiling height is not too high for a larger area that does not have space for a standing fan, for example because of the furnishings. For rooms up to 25 square meters in size, fans with a diameter of 30 centimeters are suitable. If a room is larger, the devices should be at least 40 centimeters.

Fans of the classic design with rotor blades are usually cheaper than tower fans. However, they need more floor space. Tower fans have a slim design with their shape and can be set up to save space. The classic blade fan is available with three, four or five blades. The number and size of the wings are critical to performance. The more blades a fan has, the less power it needs to generate the same wind strength.

Adjustability of the air flow

As a rule, most fans can be regulated in several stages. They offer a choice between a gentle breeze, light, and strong wind. Tower fans often have more than three stages.

Stability is an important criterion for buying the best pedestal fan in India. After all, the device should not fall over. Large, inexpensive blade fans can be a little wobbly. Devices without rotor blades are usually more stable. It should always be ensured that the For households with small children or pets, there is a ceiling fan that does not require any floor space and cannot tip over.

The volume is an important criterion if the fan is to be used in a living room or in an office. Most manufacturers indicate the volume of their models in decibels in the product description. Since the perception of noise can be very different, it is worth taking a look at various customer reviews on the model of choice before buying.

For fans with rotor blades, it is important that they have a protective grille. The protective grille can be opened for easier cleaning on most models. Some devices have a timer that turns it off completely or slows down the running speed at intervals.

The mentioned timer is especially worthwhile at night. It switches the fan off after the time specified by the user. A remote control makes use more convenient and is particularly useful for ceiling fans.

What types of fans are there?

Warning: you should know that! The fans mainly differ in their design. The following versions are available on the market:

The tower or column fans

The fan of this type is very slim in its design and usually available with a height between 50 and 100 centimeters. A tower fan has no rotor blades, which makes it a space-saving device. An electrically operated pump sucks in the ambient air and blows it out again on the other side of the fan, so that a constant air flow is created. The rotor less air multiplier fans with an open housing work on the same principle. Most tower fans are very quiet, which is why they are often used in the bedroom. Due to their small footprint, the fans are very popular for living areas and offices. There are also models in which the wind can be set to increase and decrease.

They are also known as floor fans and are larger than the tower fans. Such a fan is usually powerful, but often louder than a tower fan. These fans can move a large amount of air. There are standing fans in the classic shape with rotor blades and in the new design without the blades. The latter variant requires less space.

These fans are smaller than the pedestal fans. Such a fan is available in the classic version and in the modern design without rotor blades. Due to their compact size and design, the table fans can be used flexibly. Some models can be easily attached to the wall in order to cool the room accordingly.

The ceiling fans are only to be installed on the ceiling. This means that this version does not take up any space in the room. Ceiling fans are useful in households with children or pets because they keep them out of reach and reduce the risk of accidents.

This type of fan is usually available as a battery-operated model and is used both in rooms and on the move. The advantage of this model: They can be used flexibly. The disadvantage is the extremely compact size paired with poor performance. If the battery is charged, the devices can cool down for up to 6 hours. The small fans can be charged either via the USB port on the computer or via an adapter at the socket.

The fans of this type are similar in their construction to the table fans but differ from the latter in that they are much larger in size. This means that they can be used in a variety of ways in the home, office, or workshop. They are mainly available as classics with rotor blades, the speed and the angle of inclination can be adjusted flexibly. The floor fans are often very powerful, making them suitable for larger rooms. 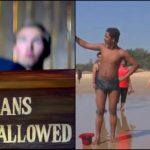 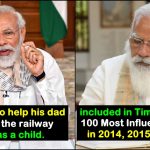