There are a few places in India, where Indians are barred from entering the territory. It is quite surprising that Indians still feel the need to serve foreigners even after so many years of British colonial rule in the country. Although we might be segregated from these exotic places, these locations are famous for being accessible to foreign ‘tourists only’.

Foreigners Only Beach in Goa

These beaches claim to be free from Indian tourists, imposing a very sexist stereotype that Indians gawk at foreign women. Instead of hyping up security at beaches for women, these beach owners are making money with the help of racist policies and agendas.

Broadlands Hotel which is an age-old mansion designed in the British time’s suspects that if any Indian steps his foot inside the hotel, it may turn into dust due to the revival of an ancient curse. Another shocking fact about Broadlands Hotel is that it does not authorize any Indians inside without a foreign passport.

This beautiful cafe once again discriminates against Indians by refusing to serve them food. As per facts, they only administer to foreigners.

Uno-in after refusing to cater to Indians was prohibited from serving food by Greater Bangalore City Corporation. This weird hotel was believed to sell food only to Japanese people and was called out for Asian fetish.

This Japanese-styled restaurant does not let Indians inside in the name of security. They alleged that a group of men flirting with a north-eastern girl and were forced to keep Indians out yet they did not ramp up safety policies of the restaurant.

This residency is only meant for Russians who work in the Kundankulam Nuclear Power Plant Project. Even nearby clubs, hotels in the colony do not allow Indians inside.

Norbulinka café is very much prejudiced against Indians and has refused to serve food repeatedly.

This island is inhabited by Sentinel Tribes and has been secured completely after the 2004 Tsunami.

Malana, a small village in Himachal Pradesh that was discovered by Alexander the Great in 326 BC is limited only to the local tribes. 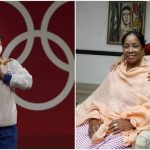 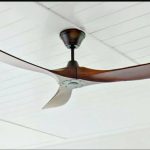