Regardless of the battles, tantrums, brawls, or disagreements that we all have between ourselves, having a brother or a sister is a boon. The love and connection that siblings share will never fade, but will only grow over time.

Our favourite cricketers have siblings who are little known but play an important part in their lives. Let us know a bit about them.

Shubman Gill, India’s latest opening cricketer, is a farmer’s son from Fazilka. His father is said to have tried to be a cricketer himself but had to give up his ambition due to circumstances, but he ensured that Shubman went on to play for India.

Shahneel Gill, his sister, was always there for him and encouraged him to excel in his profession.

Gautam Gambhir played an important part in the two World Cup finals where India brought the silver trophy back home.

Gambhir admitted that he always found a best friend in his sister, Ekta and that whenever he was depressed, it was his sister who would motivate him every time.

Deepak’s dismissal of Rahul Chahar in the IPL final in Hyderabad was unforgettable as Deepak and Rahul Chahar are both cousins and the audience loved a good competition between the two brothers.

Malti, their sister, is a model and actress who was also the second runner-up in the FBB Femina Miss India Delhi 2014 pageant. She also competed in Miss Photogenic and Miss Sudoku.

Indian Test team’s vice-captain, Ajinkya has recently come under pressure for failing everyone’s expectations. He has a special relationship with his sister, Apurva Rahane who is always there to inspire him.

The Indian captain has a very unique friendship with his sister, Bhawna Kohli. Bhawna has always helped him in his ride from being a careless young man to captain of India.

Jasprit Bumrah, an Indian bowling expert, was always influenced by his sister Juhika Bumrah. There has always been chatter on social media of the duo for their extreme closeness.

Jadeja is currently one of the best all-rounders in Indian cricket and has established himself as an invaluable member of the squad. Jadeja’s mother died when he was just 17 years old.

Jadeja was since then cared for by his sister, Naina. She pursued a career as a nurse, which allowed Jadeja to realise his childhood dream of playing cricket.

Harbhajan Singh and his sisters

Harbhajan Singh, one of India’s most popular off-spinners, once opted to forego his dream of playing for India in order to work as a cab driver in the United States.

His sisters are said to have supported him in hard times in making a comeback for the national team.

Dhoni and Jayanti Gupta shared a very strong bond, and the way the two helped each other thrive in life is commendable. The story has been retold in the 2016 release hit film MS Dhoni.

The Indian cricketer Shikhar Dhawan is well-known for his affection for his sibling, Shrestha. He is very close to his sister, and the two make one of the cutest brother-sister pairs on the Indian national team. 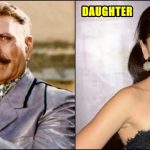 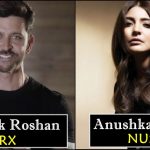