India is a vast country filled with brilliant and creative individuals from all walks of life. From butter chicken to turmeric latte, from Cataract surgery to shampoo, India has contributed many great things to the world.

Here is the list of 8 things that the world has plagiarized from India.

According to Kearns and Nash (2008), the first reference of leprosy is in the Indian medical book Sushruta Samhita (6th century BCE). The Oxford Pictorial Reference to Medicine, on the other hand, claims that leprosy was first mentioned in the Atharva-Veda (1500–1200 BCE), which was composed before the Sushruta Samhita.

Chicken Tikka Masala was eaten by 11 million individuals in Britain in 1997, accounting for approximately 22% of the population. According to several dinners that served it, over 80% of customers prefer Chicken Tikka Masala above everything else on the menu.

A bent needle was used to release the lens and move the cataract out of the field of vision during cataract surgery in India. After that, the eye would be wrapped and bathed in heated butter.

Despite the effectiveness of this approach, Susruta warns that cataract surgery must only be done when required. These techniques were eventually disseminated around the globe.

Turmeric Latte, which has been used in India for millennia to treat wounds and other health concerns, has found a new home in San Francisco. Even if we complain about drinking it, it is a huge issue if someone else takes it away from us.

In the mid-1960s, a Madras-inspired clothing design – in the shape of shirts, skirts, slacks, and dresses – became a worldwide fad. So how did the nation learn about Madras’ famed shirting? – That was in 1626 when the East Indian Company constructed a location named Armagon.

In the early twentieth century, the colonial Indian method, which had been driving the wheels of the invention in the country for centuries, had become the world’s favourite. Jugaad, which is now included in the Oxford lexicon, is a term used by individuals all over the globe to describe a method of thinking creatively and finding a solution.

Charpai is a weaved bed that individuals lay outside their house in the northern region of India during the winters to bask in the splendour of the Sun, and it is even closer to Punjabis.

People could not believe it when an Australian guy thought of selling an Indian-Charpai for a staggering Rs 60,000 on Twitter last year. 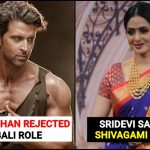 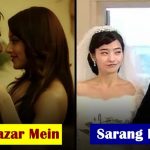