Vidyut Jammwal is one of the most reputed and versatile actors in the film industry. He gives absolutely everything to entertain the audience. Moreover, he is well known for performing some unbelievable stunts on-screen and that’s his speciality. He was also India’s Hottest Vegetarian Celebrity in 2014.

His incredible hard work reaped huge rewards as he has been featured as one of the top six martial artists across the world. Interestingly, he is the only Indian to have featured in the prestigious list selected by the most popular American website Looper.

According to the Times of India report, Vidyut Jammwal was quoted as saying, “This is indeed an honour. Recognition like this inspires me to work harder and moment makes me feel like a proud Indian. “A best martial artist should not only know how to defeat the contender but should take time to learn about him,” Jammal further added.

Chuck Russell who is the director of Vidyut Jamwal’s upcoming film “Junglee” also said, “It’s great to see Vidyut being noted as the rising star in action films across the world. He has a rare combination of cinematic charm and killer moves that will make him unstoppable after this film.

What really distinguishes Vidyut is his deep knowledge of the martial art Kalaripayattu and his understanding of its philosophy to not only protect and fight but also use it to heal. I had the pleasure of creating his role in Junglee to play his style of action supporting a positive message. I can’t wait for audiences to see it on the big screen.”

In reply, the Commando actor Vidyut said, “Chuck’s kind words are icing on the cake. Working with him on Junglee was like a dream come true. He pushed me to extract one of my best performances so far.”

Jammwal has brought global recognition to the Indian martial art form Kalaripayattu. He took to his official Twitter account to say,”One doesn’t find balance,we have to learn how to create it ,by knowing what to keep and what to let go #kalaripayattu # balancing fearlessly.” 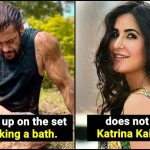 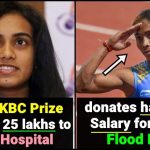