When PV Sindhu decided to give something back to society:

In what was a classy gesture from the Star shuttler P V Sindhu, she came forward to donate Rs 25 lakh prize money that she won in a popular TV show Kaun Banega Crorepati (KBC) for the cause of fighting against cancer.

Sindhu stole the spotlight when she handed over a cheque of Rs 25 lakh to the famous Telugu actor and chairman of Basavatarakam Indo American Cancer Hospital & Research Institute, N Balakrishna who is the son of legendary actor and TDP founder N T Rama Rao, the release issued by the hospital told in a statement.

The veteran actor Balakrishna appreciated Sindhu’s decision to donate the money and added that it would inspire others to join hands to fight against cancer, the release said.

After donating the money to the cancer hospital, PV Sindhu took to her official Twitter handle to write, “Happy to donate 25 lakhs to basavatarakam indo-American cancer hospital??.”

India’s ace sprinter Hima Das, who is a native of the northeast state of Assam, has come forward to donate half of her monthly salary in the crisis for relief efforts. The situation in Assam is indeed heartbreaking.

An official of the Assam State Disaster Management Authority mentioned that 4,175 villages with 46.28 lakh people have been badly affected due to the flash floods as of Monday afternoon, close to 90,000 hectare of agricultural land is flooded.

Reports claim that more than 45 lakh people have been affected in 4,620 villages, with 1,01,085 people taking shelter in 226 relief camps. As many as 562 distribution centres have been established to provide relief to the less unfortunate ones and over 10 lakh animals have also been affected.

The sprinter is currently in Europe and is busy in training camps and other competitive events. India’s golden girl donated to the Assam Chief Minister’s Relief Fund on July 16. Hima Das works as an HR person at the Indian Oil Corporation.

PT Usha created iconic history by becoming the first-ever Indian women to reach the finals of an Olympic event before she won the Semi-Finals in the 1984 Olympics in Los Angeles. Payyoli Express won the Golden Shoe award for the best athlete in the 1986 Seoul Asiad. She was rightly honoured with Padma Shri and the Arjuna award in the year 1985.

After calling it quits from athletics, P.T. Usha came up with an initiative of establishing ‘Usha School of Athletics’ in 2002. She started this school because she wants to train young athletes with an intention of winning Olympic medals for India. She offers free training, shelter and food for the budding young talents. 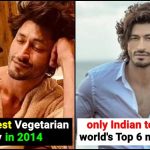 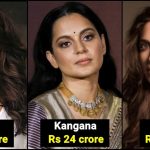