Mukesh Ambani, the richest man in India and his wife Nita Ambani are careful about their three children. They have been strict in satisfying all the needs of their children. At the same time, both of them are very strict in terms of parenting.

Mukesh and Nita Ambani ensured to grow up their children – Isha, Anant and Akash in good and proper guidance in order to make them better human beings. In a recent interview with “Verve” magazine, the world’s fourth-richest man Mukesh Ambani and his wife Nita Ambani told that her children led a very normal life.

Mukesh Ambani further added saying that even if the children are not in the top 1 per cent in terms of academics, their fundamentals should be clear.

India’s richest man told that once his elder son Akash Ambani had asked him that if he had a scientific calculator then what is the use of remembering the tables. After hearing this, Mukesh Ambani told Akash that he should use his mind properly. Before going to bed, he should summarise the addition and multiplication table.

There is no hiding from the fact that Reliance Jio has totally revamped the Telecom industry in India after the company came up with free unlimited calls and lower data rates in the telecom market.

Meanwhile, Airtel Chairman, Sunil Bharti Mittal had blamed Reliance Jio for destroying the telecom market. The charges of Jio are only for the application services and the data it offers whereas the calls are totally free. Launched in September 2016, Jio was able to swiftly spread its subscriber base and dominate other top players like Airtel, Vodafone and Idea.

Sunil Mittal had blamed the free offers of Jio as the sole primary cause due to which the telecom companies had to write-off investments worth $50 billion.

In reply, the Chairman of Reliance Industries Mukesh Ambani said,

“There’s no need to cry so much. For all the people in the industry, I suppose earnings and losses are the risks that we take. I don’t assume we rely on, governments and regulators to assure our profits and losses. To me, what’s most vital is did we move the country ahead and do the citizens gain from the move.”

Mukesh Ambani highlighted that India needs to progress and companies need to keep in mind the consumers and not keep the losses in mind.

“The query, you ought to be thinking about is even if there are income and losses, who gains and who loses. number of us are big players and can really afford it.”

When asked if the competition motivates him, the Reliance Industries Chairman Mukesh Ambani said, “Our DNA is that we are very focussed. We always believe in the principle of saying that if you focus on the goal, you will overcome all obstacles. If you focus on the obstacles you will never achieve the goals. At Reliance we want to be the best in the world, I am sorry if it appears competitive.”

An anonymous beautiful girl with lots of hopes and expectations had posted a detailed post on social media platform enquiring of ways she could get hitched to a guy with an annual salary of Rs 100 cr or above.

Little did she know that she would get a reply from one of the richest men in the world himself – Mr Mukesh Ambani.

Perhaps she would be the happiest girl in the world before reading Mukesh Ambani’s entire reply. Nonetheless, after reading it, her hopes would surely have come down.

Mukesh Ambani had applied the same theories to her question that he uses at work and then came up with a reply that had some honest facts that a girl would never want to read anymore.

Here’s what that girl posted-

Title: What should I do to marry a rich guy?

I’m 25 this year. I’m very pretty, have style and good taste. I wish to marry a guy with 100 crore annual salary or above.

You might say that I’m greedy, but an annual salary 2 crore is considered only as middle class now days.

My requirement is not high. Is there anyone in this forum who has an income of 100 crore annual salary? Are you all married?

I wanted to ask: what should I do to marry rich persons like you?

Among those I’ve dated, the richest is 50 crore annual income, and it seems that this is my upper limit.

If someone is going to move into high cost residential area on the west of New York City Garden, 50 crore annual income is not enough.

1) Where do most rich bachelors hang out? (Please list down the names and addresses of bars, restaurant, gym)

2) Which age group should I target?

3) Why most wives of the riches are only average-looking? I’ve met a few girls who don’t have looks and are not interesting, but they are able to marry rich guys.

4) How do you decide who can be your wife, and who can only be your girlfriend? (my target now is to get married)

I have read your post with great interest. Guess there are lots of girls out there who have similar questions like yours. Please allow me to analyse your situation as a professional investor.

My annual income is more than 100 crore, which meets your requirement, so I hope everyone believes that I’m not wasting time here.

From the standpoint of a business person, it is a bad decision to marry you. The answer is very simple, so let me explain.

Put the details aside, what you’re trying to do is an exchange of “beauty” and “money” : Person A provides beauty, and Person B pays for it, fair and square.

However, there’s a deadly problem here, your beauty will fade, but my money will not be gone without any good reason. The fact is, my income might increase from year to year, but you can’t be prettier year after year.

By the terms we use in Wall Street, every trading has a position, dating with you is also a “trading position”.

If the trade value dropped we will sell it and it is not a good idea to keep it for long term – same goes with the marriage that you wanted. It might be cruel to say this, but in order to make a wiser decision any assets with great depreciation value will be sold or “leased”.

Anyone with over 100 crore annual income is not a fool; we would only date you, but will not marry you. I would advice that you forget looking for any clues to marry a rich guy.

And by the way, you could make yourself to become a rich person with 100 crore annual income.This has better chance than finding a rich fool. 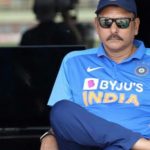 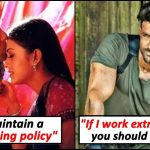