Well, it doesn’t matter where and when you were born but if you are cut out for acting, then you are bound to come through with flying colours in the film industry. There are many Bollywood actresses who acted in South Indian films.

Now, in this listicle, we will take a look at the list of Bollywood actresses who acted in South Indian movies.

Yami Gautam is a popular Indian actress who primarily works in Hindi films, alongside a few Telugu and Tamil language films. She hogged the limelight after starring in a series of Fair & Lovely commercials.

She then made her television debut in Chand Ke Paar Chalo and also featured in Yeh Pyar Na Hoga Kam. She did some flims in the South Indian film industry, like the Hero which is a Malayalam movie, opposite Prithviraj.

Shilpa Shetty Kundra values fitness and a slim figure. She became well-known for her toned figure and exercise, in addition to her acting. The diva, who is a yoga enthusiast, underwent breast augmentation surgery.

Besides acting predominantly in Bollywood movies, she also did impressive roles in Telugu, Tamil and Kannada movies. She made her Telugu film debut with 1996’s Sahasa Veerudu Sagara Kanya opposite Victory Venkatesh.

Her Bollywood debut movie is Heropanti in which she featured alongside Tiger Shroff as the lead actress. She also worked in the South film industry where she featured in Nenokkadine which is a Telugu movie starring superstar Mahesh Babu. She is currently working on her second Telugu movie.

Priyanka Chopra has carved out a niche for herself as one of the most successful celebrities in the Bollywood and Hollywood industry. She is famous not just in India but across the world. Priyanka stole the spotlight when she became the Miss World in 2000.

She was crowned the Miss World not only because of her beauty but because of her hard work, grit, dedication and capability. Priyanka did a Tamil movie Thamizhan in the year 2002. In addition, she also made a singing debut in Telugu in the same movie.

The former Miss Universe acted in South Indian movies including ‘Ratchagan’ starring Nagarjuna which is a 1997 Telugu movie. She also made a special appearance in the Tamil movie Mudhalvan.

Hansika Motwani is an Indian entertainer who mostly appears in Tamil films. Hansika appeared in many Telugu films as well, giving her first debut alongside Desamuduru, which proved to be a successful move in her life, earning her many honours, including a Filmfare Award.

Her other blockbusters include Kantri, Maska. She also acts in Hindi, Malayalam, and Kannada films. Hansika began as a child artist who appeared in the TV show Shaka Laka Boom Boom and the film Koi Mil Gaya.

She also played the lead in Himesh Reshammiya’s film Tera Surroor at the age of 16. The film, and her subsequent career as an adult in Bollywood, also failed.

Kangana Ranaut has proved us time and time again that she is the real queen of Bollywood. There are several actresses in Bollywood but only Kangana gave bold and fearless statements. The bold-spirited lady hails from Himachal Pradesh. From a girl who wanted to be a doctor to becoming an actress, her journey has been well and truly remarkable.

She gave her first movie hit with “Gangster” and now, the actress directs her movies herself. She has also worked in South Indian cinema and her notable movies include the likes of Dhaam Dhoom, which is a Tamil movie starring Jayam Ravi, and Ek Niranjan, which is a Telugu movie.

Aishwarya Rai Bachchan was crowned as ‘Miss World’ to kick-start her cinematic career on a fantastic note. Aishwarya Rai got married to Abhishek Bachchan on 20th April 2007. The couple have a daughter named Aaradhya Bachchan.

The former Miss Universe has acted in many South Indian movies. Some of her notable films include Iruvar, Jeans and Kandukondain Kandukondain, which was released in 2000.

Bollywood actress Preity Zinta is known for the knack of acting in movies and she has a massive fan-following. She has also acted in some South Indian movies. She starred in Premante Idera alongside Venkatesh and Kumarudu alongside Mahesh Babu.

The ‘Padmavati’ actress has been ruling Bollywood for so many years now. Fans go gaga over her flashy dimples and beautiful smile. Her acting has been praised by so many critics.

She made her film debut in the 2006 Kannada film Aishwarya. Her next film was Om Shanti Om and since then she didn’t do a single South Indian movie.

Katrina Kaif is one of the most stunning, respectful, and wanted actresses in the Bollywood industry. When Katrina began her career in Bollywood, she changed her surname to her father’s because she felt it would be easier to pronounce.

She acted in the South Indian movie Malliswari where she performed the role of a royal princess opposite Venkatesh. The audience received the actress quite well. 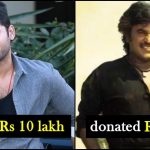