Now let’s take a look at Bollywood celebrities who passed away in the most mysterious manner.

The ever-so beautiful British-American actress and singer featured in three films from 2007 to 2010 and she was last seen acting in a movie- Housefull. On 3rd June 2013, she was found hanging with a ceiling fan in her Mumbai apartment.

Based on the prima facie, it appeared to be a suicide case but later Aditya Pancholi’s son Sooraj Pancholi was taken into police custody for promoting suicide. It should be noted that Sooraj Pancholi was Jiah’s boyfriend and they were allegedly in a live-in relationship.

Mahesh Bhatt who has been in the headlines since Sushant Singh Rajput’s demise for his insensitive remarks afterward has raked up another controversy. After his alleged affair with Sushant’s ex-girlfriend Rhea Chakraborty, Mahesh Bhatt’s old video clip with Jiah Khan is now doing the rounds of social media platforms.

The short video is of an underage Jiah Khan sitting rather comfortably with Mahesh Bhatt. The netizens did not like the video at all and started launching a scathing attack on Bhatt for his rather creepy behaviour.

One tweeter by the name of Dextro commented saying, “God knows how many young women have been a victim of this monster, he doesn’t even have an iota of shame. All these vulnerable women either give in to his demands or die unnatural deaths or if extremely lucky, only lose their careers & go quite!”

Much like Sushant Singh Rajput, who by Mahesh Bhatt’s own admission had met Sushant before his suicide, Bhatt claimed in 2018 that he met Jiah Khan too, before her suicide.

As per a report in entertainment Times, dated, September 13, 2018, Mahesh Bhatt claimed that Jiah Khan had approached him for work before allegedly taking her life. He was quoted saying that Jiah came to him for work, but didn’t have any at that point of time. Later, on coming to know about her alleged suicide, he “felt really bad.”

Meanwhile, social media users went berserk over this coincidence. Nonetheless, a reddit post emerged where a user who is claiming to be Jiah Khan’s sister (we cannot guarantee the authenticity of this user) made some shocking discoveries. She said that Jiah Khan never went to him and that she hated Mahesh Bhatt deeply.

The twitter handle with the name @JiahKhanJustice tweeted, “There is a height to his lies my sister would never go to him she hated him deeply. She had six films in the pipeline we gave proof to CBI it’s these #BollywoodMafia who is putting a stop dragging the case by managing judicial system in Mumbai tell him to get his own health checked.”

The tweeter went on to mention that her sister disliked Mahesh Bhatt as his behavior was ‘creepy’. She claimed that Bhatt was intimidating Jiah Khan, who was only 16 years old at that time.

Smita Patil was a famous Indian actress in film, television, and theatre. She received two National Film Awards and a Filmfare Award during her career. She was also the recipient of the Padma Shri award, which is India’s fourth-highest civilian award in 1985.

Smita tied the knot with Raj Babbar and died from childbirth complications on 13 December 1986 at 31 years, barely two weeks after having given birth to her son, named Prateik Babbar. Nonetheless, after almost 20 years of her demise, director Mrinal Sen had alleged that the actress passed away owing to sheer medical negligence.

Parveen Babi stole the spotlight when she became the first-ever Indian actress to grace the Time Magazine cover. She was ruling the Bollywood with glamour and stardom and passed away in a mysterious manner. She faced a lonely demise on January 22, 2005, when she was 55 years old.

Priya Rajvansh’s case was one such case in which the exact cause of her demise was found. It was learnt that Priya Rajvansh and Chetan Anand had a personal live-in relationship, though she kept her own flat first in Kalumal Estate and, then a bigger house in Mangal Kiran. Her two brothers namely Kamaljit Singh (Gulu) and Paramjit Singh, reside in London and the USA and have an ancestral home in Chandigarh.

After Chetan Anand’s demise in 1997, she inherited a part of his property along with his sons from his first marriage. She was killed on 27 March 2000 in Chetan Anand’s Ruia Park bungalow in Juhu, Mumbai, India.

Police initiated a probe on this matter and later they charged Chetan Anand’s sons Ketan Anand and Vivek Anand along with their workers Mala Choudhary and Ashok Chinnaswamy with her murder. Previously, it was believed as suicide, which was later on ruled out after the investigation.

Nafisa Joseph was an Indian model and MTV video jockey and was the winner of Femina Miss India Universe 1997. In fact, she was a finalist in the Miss Universe 1997 pageant in Miami Beach. She didn’t have the luck going on her way as she was all set to get into the acting field post her career of a video jockey.

Her relationship with Gautam Khanduja proved to be the main reason why she hanged herself at a young age of 26, which was later on revealed by the police.

Divya Bharti kick-started her cinema career in 1990 and she earned massive fan-following at that time. However, tragedy soon followed her around like a shadow when she accidentally fell off the balcony of her fifth-floor apartment at the Tulsi buildings in Versova, Mumbai when she was 19 years old.

Divya Bharti, who was the wife of Sajid Nadiadwalawas one of the top Bollywood actresses during the 90’s era. Her sudden demise took the whole world by shock as she jumped off the 5th floor of her apartment. The police initiated a probe on this matter and later found out to be a case of suicide with no evidence.

She was then immediately rushed to the Cooper hospital where her cause of death was mentioned as the “heavy internal bleeding at the back of the head” which was severely injured.

However, the reason behind her falling from the apartment was not known. It remains to be seen whether she accidentally fell off after being under the influence of alcohol or perhaps someone might have had pushed her from the balcony.

Sri Devi’s untimely death left us heartbroken. She marked her appearance as a child actor and had emerged as one of the highest-paid stars in the 1980s and 90s.

She is also known to be one of the most popular and successful actors in the movie industry. She tied the knot with Indian film producer, Boney Kapoor in the year 1996 and they have two children namely Jahnvi and Khushi Kapoor.

The iconic actress passed away in a Dubai hotel when she was 54 years old and the reason was first told as a cardiac arrest while now as per forensic reports, the actress drew her last breath due to accidental drowning. 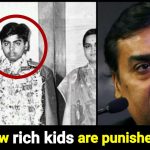 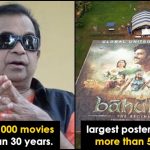