It might come as a surprise to you but there are several Bollywood actors who married for the second time but did not legally divorce their first wives. Let’s introduce you to those celebrities.

It all began in 1980, when Sanjay Khan first met Zeenat Aman on the sets of Abdullah. His marriage to Zarine Khan was not an obstacle to his second marriage. Media sources suggested that Sanjay Khan married the actress without divorcing his first wife.

Dharmendra is the first name mentioned when we speak about Bollywood actors who married without divorcing their first wives. Dharmendra was already married to Prakash Kaur and had Sunny and Bobby Deol as his children.

As he fell in love with Bollywood’s dream girl Hema Malini, he agreed to divorce Prakash and marry Hema. However, Prakash declined to divorce. Dharmendra had to convert to Islam in order to marry Hema Malini. He has two daughters with her, Esha Deol and Ahana Deol.

Salim Khan’s love saga is an excellent example of two wives living side by side peacefully. He married Helen, the dancing queen of Bollywood, without divorcing Salma, his first wife.

Another Bollywood star, Raj Babbar, is said to have married Smita Patil in a secret ceremony while still married to Nadira Zaheer. He and Nadira had two daughters, Juhi and Arya, but when he fell in love with Smita, he divorced his wife and married the actress.

He also had a son with Smita, Prateik Babbar, but returned to his wife Nadira after Smita died due to postnatal complications while giving birth to Parteik Babbar.

Udit Narayan went over and beyond to marry his extramarital lover Deepa. He chose to leave his first wife, Ranjana Jha and even avoided referring to her as his wife. He married Deepa without ever formally divorcing his first partner, Ranjana.

However, because of legal measures taken by his wife Ranjana, he was forced to welcome her back and give her the status in his life as his first wife.

The love affairs of Mahesh Bhatt are well known in the industry. He married his high school sweetheart Lorraine Bright when he was just 20 years old, and they had Pooja Bhatt when he was 21.

After a while, their marriage ended because Mahesh Bhatt reportedly had an affair with Parveen Babi. He got married to Parveen Babi. After some time, he divorced Parveen Babi and later married Soni Razdan. Soni and Mahesh have two children, Alia Bhatt and Shaheen Bhatt. 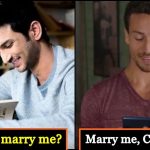 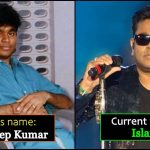