As a member of the Kapoor family, her acting career is not at all an exception. The actress has been acting for almost her entire life, since she began her career at a young age.

However, after her marriage to Saif Ali Khan in 2013, she added a clause stating that she would not participate in any kissing or sexual romance scenes. This was the reason she denied being a part of the “kissing scene” in the movie Satyagraha with Ajay Devgan.

Bollywood’s Bhaijaan has been acting in Bollywood for a long time and has one of the largest fan bases all over the world. There are a few occasions when one of his films does not become a success.

Salman Khan, as one of the top box office contributors, will undoubtedly stay in the game as one of the biggest Khans. Salman, on the other hand, has always claimed that he would maintain a no-kissing policy. He feels very self-conscious when his mother would be watching him on screen.

The Pakistani actor from “Brother ki Dulhan” has always made it known that kissing and private scenes are not something he would preferably do it on screen.

He always made it clear that his mind wanders back to what some might think of him in his hometown. This is why you’ll see him resisting films with a storyline that calls for it.

Bollywood’s “Badshah” has been ready to do new things and to comply with every action sequence that a script demands.

However, SRK has developed a minor phobia after he was involved in an accident. King Khan is afraid of horses, and he has made sure to include it in his clause as well.

The “One Night Stand” actor is said to be very courageous, embracing and working against any external pressure in order to succeed his role in a film.

However, since he suffers from herpetophobia (fear of insects and snakes), he was smart enough to add the provision, especially after the last time he had to shoot in the middle of a snake-infested wilderness.

Despite being from a world of socialisation and glamour, he is one of the most secluded and quiet individuals, with steel-like determination and discipline.

Out of all the clauses that might be used, it is very clear that he will not be willing to shoot on Sundays because it is his time to be with his family. However, there have been instances where he has violated the agreement due to circumstances.

The current “Queen” of Bollywood scandals has always been highly committed and knows how to adapt and become acquainted with life as it progresses from low to high.

Kangana, on the other hand, has a somewhat different provision that specifies that a film cannot be released before her monetary settlement is completed.

The Greek God, who wins hearts with a single look and intriguing dance steps, is one of the greatest personifications of being both skilled and rational at the same time.

Hrithik has one condition that is better than others in that it states very specifically that if a shoot takes more than the prescribed number of days to complete, he must be paid extra for the hard work that he is putting in.

The uncountable number of hearts she has stolen has almost surpassed the fan following of the biggest male actors in Bollywood. Until lately, she had no problem in being a part of any film scene.

Since arriving in America, the global symbol rather oddly inserted a clause indicating that she would not be happy with nakedness on video. This is why it has been implemented already in Baywatch.

The woman who has already made her name in Bollywood has only one policy that must be respected. She has already mentioned that she does not want to be in scenes that include kissing.

Sunny clarified the provision by saying that she is fine with playing out intimate scenes as long as there are no lip-locks. 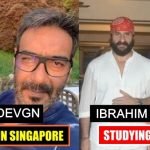 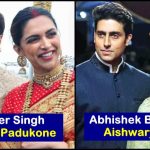