Have you watched the Blockbuster movie ‘Terminator 2’: Judgement Day? If you are a fan of Hollywood movies or a fan of Arnold Schwarzenegger, you would have surely watched, relished and clapped for that epic action-packed entertainer at the best scene.

Arnold rode the iconic motorcycle ‘Harley Davidson Fat Boy’ (1745cc Milwaukee-Eight 107 Engine with 6-speed gear) was sold for a record amount at the auction for $480,000 (around ₹ 3.3 crores in current exchange rates). The bike was sold for nearly twice the actual price estimated at the auction.

The Harley-Davidson Fat Boy is one of the most iconic models from Harley-Davidson, in the 1990s, and that model went on to become one of Harley-Davidson’s largest-selling models after Arnold Schwarzenneger rode it in the film.

The motorcycle’s sale was controlled by Profiles in History as part of its “Icons & Legends of Hollywood” auction, that hit from June 5-8. The bike was actually estimated to sell for anything between $200,000-300,000 (between ₹ 1.3-2 crore), but eventually, it sold for almost twice the calculated amount.

Interestingly, the original motorcycle used in the movie that ran just 1,000 km is in a very good condition, and the new owner’s identity has not been revealed yet.

Hollywood legendary actor and former Governor of California Arnold Schwarzenegger was assaulted from behind very recently while he was attending a sporting event in South Africa.

He was reportedly taking photographs with fans and all of a sudden, a man came running in full speed and then jumped in such a way that he kicked him from the back. The culprit was detained immediately and the 71-year-old actor can be seen walking out of the convention center after some time.

As the video of the incident surfaced online, fans expressed their concerns over the stalwart’s health. However, the actor recently came up with a statement after suffering the unexpected attack and said that there is nothing to worry about.

He also went on to thank his fans for their concern and said that he thought that he was just jostled by the crowd, which happens quite a lot when is around.

To everyone’s surprise, Arnold only realized he was kicked after when he watched the video.

“Thanks for your concerns, but there is nothing to worry about. I thought I was just jostled by the crowd, which happens a lot. I only realized I was kicked when I saw the video like all of you. I’m just glad the idiot didn’t interrupt my Snapchat.” he wrote in the post.

According to the media reports, the incident took place at a sporting event ‘Arnold Classic Africa’, at the Sandton Convention Centre in Johannesburg, where he was judging a skipping competition.

After the incident on the same day, he tweeted a video of himself greeting fans in Sandton. His caption read, “Make sure to tune into my @Snapchat to see all 90 sports we have here at the @ArnoldSports Africa! Fitness is for everyone.” 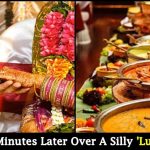 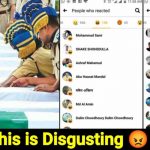