When we talk about the Indian army, we are bound to get goosebumps. We just get a feeling that only men are tasked with responsibilities to serve the nation. But one shouldn’t forget the fact that even women also dream to accomplish big missions in their lives.

With increased terrorism from the neighbouring country, fatal threats from other sources and so many revolts that keep ticking the clock day in day out, our country is safe and sound, thanks to the Indian soldiers. We”ll forever be indebted to their services for the nation.

Day by day, the respect towards the Indian Army is increasing and we couldn’t have asked for better protection from them who maintain a permanent military base in the region at an altitude of over 6,000 m.

Indian soldiers are the real heroes who risk their lives to give real-life protection to their nation. They are considered among the very best in high altitude and mountain warfare.

In heartbreaking news, as many as 22 jawans were killed and 31 soldiers were injured on Saturday in an encounter with Naxals in Chattisgarh. Security forces in Chhattisgarh initiated an operation along the Sukma-Bikapur border. This resulted in an intense face-off with Maoist forces. 22 jawans lost their lives while one soldier went missing.

CPRF Director-General Kuldiep Singh arrived the spot in Chhattisgarh on Sunday morning to take stock of the situation, as per India Today TV. Officials have added that 24 jawans were hospitalized while at least 7 jawans were referred to a Raipur hospital.

Union Home Minister Amit Shah took to their official Twitter handle to express his condolences for the families of the martyred soldiers.

He wrote, “I bow to the sacrifices of our brave security personnel martyred while fighting Maoists in Chhattisgarh. Nation will never forget their valour. My condolences are with their families. We will continue our fight against these enemies of peace & progress. May injured recover soon.”

“I bow to the sacrifices of our brave security personnel martyred while fighting Maoists in Chhattisgarh. Nation will never forget their valour. My condolences are with their families. We will continue our fight against these enemies of peace & progress. May injured recover soon,” Amit Shah added.

On Saturday, Prime Minister Narendra Modi wished the injured soldiers a quick recovery and also expressed condolences for the families of the soldiers who passed away in the encounter. “My thoughts are with the families of those martyred while fighting Maoists in Chhattisgarh,” the PM had said in a tweet.

While citizens paid tribute to jawans who passed away in the encounter, a section of users from a certain community thinks the ‘huge loss’ otherwise as they reacted ‘HAHA’ to the news post on Facebook. This act is deemed contrary to the spirit of human values.

Social media is criticising the people who left laughing reactions over the saddest news. We have come across people shaming or trolling every second person for their posts on social media. Be it right or wrong reason, some people still find a reason to troll them. 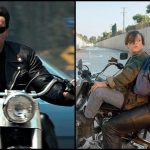 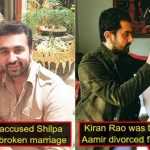