Ranveer Singh is also considered as one of the biggest flirts of Bollywood film industry. At times, he hits the headlines for controversial reasons. In this article, we will look at his list of controversies in his life.

Guess what? Ranveer posted a heart emoji, a heart eye emoji, an evil eye emoji followed by prayers’ hand emoji. It seems the Bollywood actor has perhaps tried to convey some type of message to Anushka.

We often hear something interesting or dirty as far as Bollywood is concerned. It is not just about nepotism but it is something else. Bollywood celebrities have experienced one night stands and have also admitted in public.

“Sex is a beautiful and perfectly natural phenomenon. By no means, it is bad or an evil thing. So, there is no reason really to be cagey about it.” – Ranveer Singh.

Ranveer Singh is considered as one of the biggest flirts of Bollywood film industry. Ranveer confessed that he had several one night stands in ‘Koffee With Karan’. When Karan Johar asked if he ever had a one night stand, the actor replied: “Yes, More than one.” 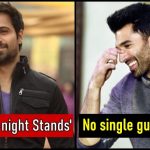 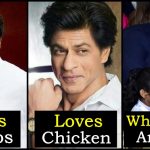