Rahul Gandhi admits that in-between tight schedules, he forgets to take his breakfast sometimes. He hails from Delhi and he shares an amicable bond with Delhiite food. He loves momos and is also fond of coastal cuisines and some Gujarati items.

Narendra Modi is a typical Gujarati and is fond of Gujarati delicacies. His favourite Gujarati items are white dhokla, besan khandvi, and undhiyu. Apart from regional food, he is a simple man and eats homemade food, such as yellow dal, chappatis, rice, and green vegetables.

Despite being the fourth-richest man in the world, Mukesh Ambani is also one of the most humble and simplest persons one would come across. His wife Nita Ambani said that she liked Mukesh’s simplicity and humility during the time of their courtship. Due to Mukesh’s busy schedule, the couple could only go out for one hour at night and just wander around the streets of Mumbai.

Mukesh has never consumed alcohol in his life. He is also a pure vegetarian by food habits. His favorite foods are chapati, rice and dal. He does not mind eating anywhere even from a roadside stall as long as he gets access to tasty food. Mukesh Ambani is not fussy about food. He likes experimenting with all sorts of foods from the posh restaurants to the roadside cafes.

His favorite foods places are Mysore Café in Matunga and Swati Snacks. Mukesh Ambani is so fond of Swati Snacks that if someone is going to the place he always asks for a parcel for himself. Mukesh Ambani also enjoys chaat at Chandni Chowk. With time he has also developed a liking for Thai food as his children love Thai cuisine. Also, he loves thali cuisine especially when they are traveling outside India. According to Mukesh Ambani, he does not mind having anything as long as it is vegetarian. 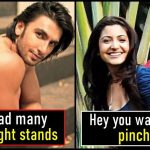 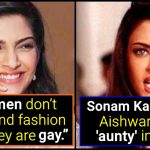