Chennai Super Kings were officially knocked out of this season’s playoffs. The three-time IPL champions who are tagged as the most consistent team in the history of the Indian Premier League struggled to get going this season at the United Arab Emirates. CSK failed as a team this time around and they lacked the killer instinct to produce more wins this season.

Having played a total of twelve games so far, Chennai Super Kings won just four games and lost as many as eight games. This is pretty much shocking considering a team of that caliber. Chennai Super Kings are also the only team to reach eight finals in the history of the IPL. They also qualified for all the playoffs in the IPL except the ongoing season.

After Chennai Super Kings were out of the tournament, MS Dhoni’s wife Sakshi Dhoni took to her social media handle and wrote a heartfelt poem. She wrote: “It’s just a game..You win some you lose some!! Years gone by are witness to many enthralling victories and a few agonising defeats! Celebrating one and being heartbroken by the other!!”

She continued, “Some reasonable response others not so… Some win, some lose and others miss…It’s just a game! Many preachers and varied reactions! Allow emotions not to beat the very essence of sportsmanship. It’s just a game! No one wants to lose, but not all can be winners!”

She further added: “When struck down, stunned, the walk back from the field seems long. Jubilant sounds and sighs add to the pain, inner strength takes control It’s all just a game!! You were winners then, you are winners now! True warriors are born to fight as they will always be Super Kings in our hearts and in our minds!!”

Chennai Super Kings are the second-most successful franchise in the history of the Indian Premier League. They won three titles to their name and are behind Mumbai Indians who won four titles since the inception of the IPL. Chennai Super Kings failed miserably this season and can expect a lot of changes in their squad for the upcoming IPL.

Many doubted that MS Dhoni would leave CSK in the wake of the poor performance. However, CSK CEO KS Viswanathan had confirmed that MS Dhoni would lead CSK for the upcoming season. “Yes definitely I’m very confident that Dhoni will lead CSK in 2021. He has won three titles for us in the IPL. This is the 1st year we have not qualified for the playoffs, no other team has done that,” CSK CEO said in an interview with the Times of India. 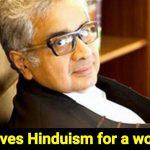 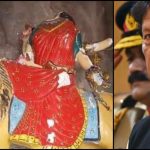