In a shocking development, India’s most renowned lawyer Harish Salve is all set to marry again. He will be tying the knot with London-based artiste Caroline Brossard on October 28. Senior Advocate Salve, who divorced his first wife Meenakshi Salve in June, is going to get married to Brossard in a church on Wednesday.

Salve has also converted to Christianity to marry Caroline. According to the news, Salve has been attending church in North London regularly for the last two years. Like Harish Salve, Caroline is also married once and has a daughter. Caroline is an artist by profession and is 56 years old. This is the second marriage of both

Being one of the most powerful lawyers in India, Salve fought Kulbhushan Jadhav’s case at the International Court of Justice in the Hague, the Netherlands and got the verdict in favour of India.

Harish Salve served as the Solicitor General of India from November 1999 to November 2002. He has been associated with many high-profile cases, such as the Kulbhushan Jadhav case, the Vodafone, Ratan Tata, Mukesh Ambani, and ITC hotels cases. In January this year, Salve was appointed a Queen’s Counsel for the courts of England and Wales, a title which is recognized all over the world.

Harish is one of the most reputed and expensive lawyers globally. Mr. Salve was originally a CA (Chartered Accountant). But later on, he turned a lawyer- probably inspired by his grandfather who was in the same profession. His grandfather was a well-known lawyer.

Salve was born in a Marathi family on June 22, 1955. His father, NKP Salve, was a CA and a politician belonging to the Congress. His mother, Ambriti Salve, was a doctor by profession. Salve and Meenakshi tied the knot in 1982. The couple has two daughters.

Salve lives in north London. Salve met Brossard at an art event a year ago. Salve has been dating her since then. Brossard is an artist and grew up in the UK. 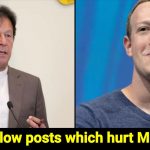 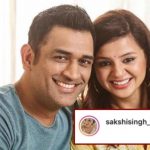