Two days after a French teacher was beheaded by an Islamist amidst chants of ‘Allahu Akbar’ in Paris, the France Government has decided to take concrete action against suspected Islamic extremists in the country.

In a massive crackdown, the French government is all set to expel 231 radicalized foreign nationals, Reuters quoted a police union source as informing on Sunday. French history teacher Samuel Paty was beheaded on Friday outside his school for showing cartoons of the Prophet Mohammed in the class.

The killer, whose identity has not been established, reportedly shouted “Allahu Akbar”, or “God is Greatest”, after killing the teacher. He was shot by police as they tried to arrest him. Later, he succumbed to his injuries.

President Emmanuel Macron called the incident an “Islamist terrorist attack”, urging citizens to stand up against extremism. “One of our compatriots was murdered today because he taught … the freedom of expression, the freedom to believe or not believe,” he said.

France defines extremists as “people who, engaged in a process of radicalisation, are likely to want to go abroad to join terrorist groups or take part in terrorist activities”.

The killing triggered massive outrage in France and drew condemnation from political parties and President Macron, who called the crime an “Islamist terrorist attack”.

Mr Macron said, “Islam is a religion that is in crisis all over the world today, we are not just seeing this in our country”.

Macron highlighted the importance of education especially aimed at young people to instil secular values stating that the government would require private schools to teach children.

Of the total number of suspects, 180 people are already in prison and 51 were due to be arrested in the next hours, the police union source said. 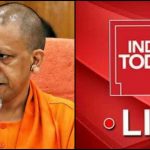 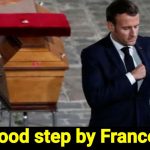