In a recent heartbreaking incident that took the world by shock, a French teacher was beheaded for showing cartoons of the Prophet Mohammed in the class.

The killer, whose identity has not been established, was shot by police as they tried to arrest him and later died of his injuries, police said. French anti-terror prosecutors said the assault took place on the outskirts of Paris near a school in the western suburb of Conflans Saint-Honorine. They said they were treating the incident as “a murder linked to a terrorist organisation” and related to a “criminal association with terrorists”.

The assailant ran away from the place after killing the teacher. However, he was shot down about 600 meters from where the teacher was killed after he did not follow police orders to put down his knife and behaved in a threatening manner.

According to police, the teacher had received threats over “a debate” about the caricatures around 10 days ago. A parent of one of his pupils had filed a complaint against the teacher, another police official said, adding that the suspected killer, whose identity remains unknown, did not have a child at the school.

Mr. Macron called the incident an “Islamist terrorist attack”, urging citizens to stand up against extremism. “One of our compatriots was murdered today because he taught … the freedom of expression, the freedom to believe or not believe,” he said. 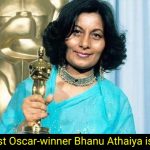 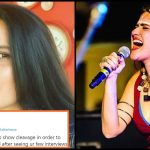