Celebrities get extra-motivated to do more movies after their movies become a blockbuster at the box-office collections. On top of that, it is not that easy to be a celebrity. We’ve seen actors or actresses sacrificing their sleep hours only to finish the shooting sessions.

Moreover, celebrities have to take care of their own body, especially the leading characters. They follow a ketogenic diet so as to stay slim and good. One doesn’t necessarily have to be good looking to be a celebrity if s/he is extremely talented in acting.

Well, each celebrity has a different role to play in movies, some are gifted with natural acting skills while others put on a show by shaking legs to woo the audience. In this article, we will take a look at the celebrities who have insured their body parts for a whopping sum of money.

In this article, we will take a look at the celebrities who have insured their body parts for a whopping sum of money.

Rakhi Sawant makes the headlines for all controversial reasons and maybe that’s why she is called the controversial queen. She has insured her butt.

Sunny Deol who has appeared in many movies has insured his dialogue-delivery. His most iconic dialogue of all time is the ‘Dhai Kilo ka Haath’ which packs a heavy punch. So, he has decided to get his voice and dialogue-delivery style insured for himself.

The 42 years old popular actress who works in Hindi, English, Chinese films and some television shows has insured her whole body.

It is no doubt that John Abraham is among the hottest male celebrities in Bollywood industry. He has a sizzling hot body and has decided to insure his butt when the insurance company approached him.

Legendary actor Amitabh Bachchan’s contributions to the Bollywood film industry has never been in doubt. The 76-year-old has insured his voice.

PeeCee is an international celebrity and winner of Miss India and Miss World 2000 titles. Her natural smile is so special that her fans love to see it again and again. Priyanka has insured her smile. 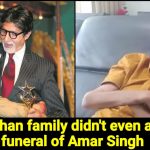 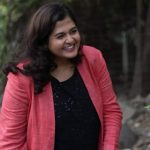