Behind every successful person, there is an intriguing story to tell. Pankaj Maloo’s story is one that needs to be told to give a ray of hope for the ones who want to stand on their own. Pankaj Maloo started his business venture from almost nothing and he applied both inputs of hard work and smart work. Eventually, all his experimentations bore fruit.

Let’s take a look at how Pankaj Maloo touched the pinnacle of success. His company Kreative Fingers is one of the top companies in India.

The 39-year-old Pankaj is the proud founder of Kreative Group. He runs the design firm Kreative Fingers Pvt. Ltd. and the digital marketing firm Kreative Machinez which has carved a niche for himself in graphic designing and online marketing.

Starting with one founding member and an order of only US$ 10 (Rs 650 approx) in 2005, his patience, hard work and dogged determination has led his company to an annual turnover of Rs 8 crore in 2016-17, with a staff strength of over 100.

With a loyal international client list of over 500, he has his eyes set on doubling that turnover in the next two years.

He was born on June 2, 1978 in Kolkata and he is the eldest of three children, with a younger brother and a sister. “My father, (late) P.M. Maloo, was in the construction business,” narrates Pankaj.

He hails from an average Indian middle class family. It is his belief in himself and his dreams that has led him to where he is today. Pankaj did his schooling from Shree Jain Vidyalaya in 1996 and completed his graduation in commerce in 1999.

“During my school days, around 1995, I started to work as a trainee in a private CA firm in Kolkata,” recounts Pankaj. “I earned a stipend of Rs 300 per month which was enough to take care of my personal expenses. From early on, I had made up my mind to stand on my own feet and not to depend on my parents for any extra expenses.”

He was married to Shashi, who is a homemaker. “Her support has been instrumental to my success,” says Pankaj. The couple have two children, a son and a daughter. In 2003, he got a job from a private firm that offered him Rs 12,500 per month but worked there only for six months.

In 2004, he established his own CA firm, called DPSV & Associates, along with four of his friends. “We worked together for a year but then I realized this CA business was not my cup of tea and I decided to part ways,” says Pankaj. “I had noted that things were moving towards the IT sector and I thought it was better to try my luck there.”

He launched Kreative Fingers on March 1, 2005, along with his friend and sole founding member Nitesh Thapa.

“We had no cash,” laughs Pankaj, remembering the old days. “We didn’t even have the money to buy a computer, which was the basic requirement to start our business, but I was determined not to take any financial help from my father.”

Instead, he approached a computer seller and asked him for a computer on credit. “He trusted me and agreed,” says Pankaj, “and we purchased our first computer for Rs 25,000.”

Eventually, he successfully set up his business but it was not as easy as he thought. His first order came within the first week but it was only of US$ 10.

“We had done extensive online promotion,” says Pankaj, “I still remember spending sleepless nights with my laptop always on. I immediately responded each time a customer approached us even during the night and we accepted the first assignment for 10 dollars – the task was to design banners.”

He had a clear vision from the very beginning that he wanted to work for international clients only. To achieve this, they resorted to online service. They also used platforms like Upwork, Design Crowd and 99 Designs, and did extensive marketing on search engines like Google and Bing. Kreative Fingers still does work only for international clients.

Kreative Machinez is a Limited Liability Partnership (LLP) firm and together with Kreative Fingers, their turnover reached Rs 4 crore. They purchased their own office – a 2,500 sq ft space in Bhowanipore.

“We faced difficult times in 2010 and that continued for almost two years,” says Pankaj. “Because of the recession in the international market, our turnover dipped, though our expenses on staff and maintenance remained the same. It became a bit tough to run the company.”

However, they got their businesses back on track after 2012 and they registered a 25 percent growth in 2014-15. The young entrepreneur now aims at a turnover of Rs 20 crore by 2020.

For his great achievements, Pankaj has been awarded the Indian Leadership Award for Industrial Development by All India Achievers Foundation in 2015. Pankaj has set a great example in front of the people who consider themselves unlucky and never stop complaining that luck does not favour them. He has scaled his business from zero to heights like a pro and his hard work and persistence are an inspiration to the youth. 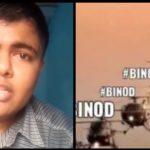 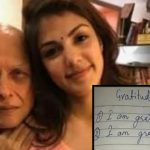