Now, in this article, we will learn about 10 amazing facts about India.

1. The highest cricket pitch in the world is located in Chail, Himachal Pradesh. It is situated at a height of 2,444 metres above sea level.

2. Did you know? India is the largest producer of movies. Bollywood, Kollywood, Tollywood and other regional cinema industries together produce more movies than any nations in the world.

3. Until the year, 1896, India was the only official place for Diamonds. Yes, in the 19th century, India was the only nation in the world where diamonds were mined. The diamond mines of Golconda near the modern city of Hyderabad are talked about around the world for the most popular diamonds in history found there. Now, you know why Britain was so determined in keeping their Colonial rule in India.

4. For the uninitiated, Plastic Surgery was majorly invented in India. Sushruta, an ancient surgeon made a huge contribution to medical science in the field of plastic and cataract surgery back in the 6th century.

5. After USA, India is the largest English-speaking population. In India, 11.38% of the population knows English. However, it is quite obvious that due to high population, we have managed to achieve this feat. 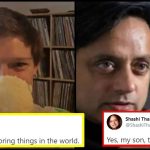 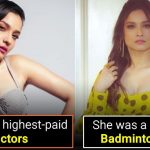