Many of us assume that pearls can be only found in oysters in the ocean, but the truth is something different. Meet the Kerala farmer, who cultivates pearls in a pond and earns money.

KJ Mathachan from Kasargod, Kerala is surprisingly earning up to Rs 4.5 lakh every 18 months exporting to Australia, Kuwait. An innovative idea came to his mind and he then implemented that idea that gave rise to a new evolution. He decided to the pond in his backyard to better use.

For the last two decades, KJ Mathachan, 65, has cultivated pearls using freshwater mussels that are sourced from rivers originating in the Western Ghats. These mussels are treated, and produce upto 50 buckets of pearls annually, earning him upto Rs 4.5 lakh every 18 months. Most of them are exported to Australia, Saudi Arabia, Kuwait and Switzerland.

Mathachan was working as a professor in the telecommunications department at the King Fahd University of Petroleum & Minerals in Dhahran, Saudi Arabia, when he got the opportunity to go to China as an Arabic to English translator for the ARAMCO Oil Company.

Mathachan said, “During my visit, I went to the Danshui Fisheries Research Center in Wuxi, China. Fisheries was an area that always sparked my interest so I decided to explore the different courses they had and that’s when I came across the pearl cultivation diploma they were offering. This was definitely something very few people had explored in India, so I thought why not give it a go? ”.

Later, Mathachan quit his job and left for China to pursue the diploma. It took him six months to complete the course and then returned to Kerala in 1999 to cultivate pearls in his own backyard.

“It was a quick decision and many people criticised it, but I had a strong gut feeling that this kind of business was unique and would definitely work out,” he adds.

Mathachan started collecting freshwater river mussels that were brought from Maharashtra or sourced from the rivers originating from the Western Ghats and started treating them in buckets in his backyard.

After the first 18 months of cultivation, Mathachan had produced 50 buckets of pearls!

“I had invested around Rs 1.5 lakh as an initial investment and in just a year’s time, I had produced pearls that were worth upto 4.5 lakh, giving me 3 lakh in profit,” Mathachan explains.

Mathachan expected a good start. Much to his belief, in a few years, his business clicked quite well wherein he started making lots of money. Today, he is making a profit of a significant amount of around 4.5 lakh. 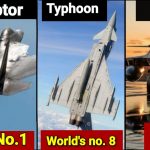 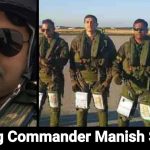