“We are negotiating with India; we are negotiating with China. They have big problems,” Trump quotes TASS. US President Donald Trump said that the American side is negotiating with India and China and is trying to help these countries overcome problems in relations. He noted that the situation was “very tough” and that India and China had already reached physical clashes.“We will try to help them,” the American leader added. Earlier, a spokesman for the Russian president, Dmitry Peskov, said that Moscow hoped that India and China would show diplomatic and political wisdom in order to prevent new exacerbations. “Of course, we are worried about this incident, and we hope and are confident that both New Delhi and Beijing will show diplomatic and political wisdom so that they can independently find out wording without interference from any states that will allow them to avoid further such exacerbations,” said a Kremlin spokesman.

India accused the Chinese forces of a planned attack on Indian soldiers on the Himalayan border. China claims that Indian troops have violated borders. “The responsibility lies entirely with the Indian side,” said Zhao Lijian, spokesman for the Chinese Foreign Ministry. India, in turn, accused China of “deliberate and planned actions” on the Indian side of the border.

The Australian Institute of Strategic Policy has analyzed satellite imagery of the valley. The experts said that “there is evidence that the forces of the People’s Liberation Army of China (PLA) regularly move to the territory of India.” On June 18 the Indo-Russian developed BrahMos supersonic cruise missile has received combat clearance amid raging border tensions with China in the eastern Ladakh area.

“The BrahMos missile system has received ‘fleet release clearance’ from the Centre for Military Airworthiness and Certification of Defence Research and Development Organisation. This was the final clearance and now the Indian Air Force can deploy all the fighter jets equipped with BrahMos in a combat mission”, the official said.

The official added that a large fleet of jets equipped with missiles under the BrahMos-Su-30MKI weapon-platform integration programme are ready for deployment. Responding to a question about the size of the delivery, the official said “it is large in number” but gave no additional details, citing the sensitivity of the matter in the current scenario along the Chinese border.

Reports suggesting that “Apache attack helicopters with air-to-ground Hellfire missiles, as well as Chinook helicopters capable of delivering artillery to high-altitude regions have been relocated to the east of Ladakh,” have surfaced. Also, at the advanced air bases were placed Su-30 MKI, MiG-29 and Jaguar fighters. For the transfer of military equipment used heavy transport aircraft C-17 Globemaster, S-130J Super Hercules and An-32.

China began deployment of large military group to the border with India, which, in particular, including many tanks, armored personnel carriers, infantry fighting vehicles and other armored vehicles. On published footage is visible countless infantry fighting vehicles waiting to be dispatched on railway platforms, Type-96 tanks on tractors, as well as the arrival of units at the deployment site. At the same time, a large convoy of Indian military trucks was deployed towards the disputed region. 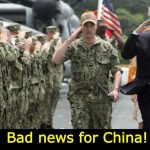