At a time when the world is living in fear due to the novel coronavirus outbreak, businessmen, celebrities, politicians from all over the world are doing their maximum best to contribute something for the pandemic relief.

The speed at which Coronavirus is spreading across the world, it seems this virus has no end. For the time being, COVID-19 is not showing any sign of halting. It has covered more than 160 countries. By far, the virus has affected over 4 lakh people globally and the global death toll has risen to at least 19,000.

The situation has gone from bad to worse. As several countries have announced a complete lockdown, it is good to see people helping each other by donating money, distributing food, materials, restoring a great leap of faith in humanity.

Football player Cristiano Ronaldo has once again won people’s hearts by donating lifesaving equipment to Portuguese hospitals struggling to treat patients with coronavirus. Football agent Jorge Mendes has also joined hands to extend his support to medical staff who are fighting against COVID-19.

As per a report published by India today, The two will donate equipment for two wards at Lisbon’s Santa Maria hospital, providing the wards with 10 beds each, ventilators, heart monitors, infusion pumps and syringes, the hospital said in a statement.

Cristiano Ronaldo is not just one of the greatest football players in the world but also a philanthropist and a good human being. When it comes to helping others at the need of the hour, Ronaldo is second to none. He quite often hits the headlines for all the right reasons.

He doesn’t believe in announcements but believes in a practical approach. His selfless activities and massive contribution to the nation in the crisis serve as a testament to the fact.

So far, there have been 2,362 confirmed cases of the virus in Portugal while 29 people have died of COVID-19. During an interview with TVI television on Monday, Prime Minister Antonio Costa said that there are 1,142 ventilators available in public hospitals whereas 250 in private hospitals.

To deal with the pandemic, the government bought 500 ventilators and four million masks from China. “We (the health system) will never lose control of the situation,” Costa said.

Day by day, respect for Ronaldo is growing and it is because of the good things that he has been doing from the bottom of the heart. 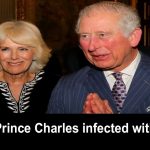 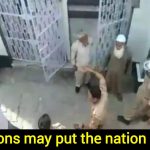