Well, it doesn’t matter where and when you were born but if you are cut out for acting, then you are bound to come through with flying colours in the film industry. Deepika Padukone is one of the richest and prominent actresses in the Bollywood film industry.

It is a matter of some shame that The Times of India (TOI), which claims to be India’s leading newspaper posted a video of a Bollywood actor’s cleavage.

Deepika Padukone was extremely angry with this post on TOI Entertainment’s Twitter timeline and then decided to take them on. She tweeted, “YES!I am a Woman.I have breasts AND a cleavage! You got a problem!!??”

“Supposedly, India’s ‘LEADING’ newspaper and this is ‘NEWS’!!??” Deepika wrote.

She then added, “Dont talk about Woman’s Empowerment when YOU don’t know how to RESPECT Women!”

The Indian Express had also reported that the actress had worn a low cut dress which was designed by Anaita Shroff Adajania for the trailer launch of ‘Chennai Express’. It has been learnt that this is the second time that Times of India has reported on the dress.

Even as Deepika Padukone’s fans and several others criticised and slammed the story, TOI Entertainment decided to reply to her! “We leave you to judge this one!

“@deepikapadukone , It’s a compliment! You look so great that we want to make sure everyone knew! :),” ETimes wrote. 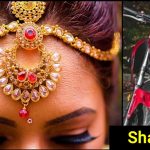 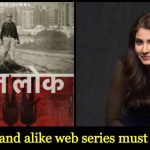