Railways are the second fastest mode of transport. It is also the most dependable mode of transport. Indian Railways manages the fourth-largest railway network in the world. It is well-known for its quality service and low cost. Due to this benefit, millions of people use it to travel daily.

Express trains across India have increased the usual speed as well. Some express trains have been given the licence to go 130 km/h. Meanwhile, even the fares have also been pretty decent. It is good to see that trains are competing with bus transport in terms of fare.

While there are many advantages to travelling by train, there is one thing that railway officials are a bit concerned about and that is “pulling the chain”. It seems that one or two people is doing that unnecessarily which is causing too much delay. Can you guess how many unreasonable chain pulling cases so far this year? It is 1,608. Yes, you read that right!

Meanwhile, the railway officials made an emotional statement requesting the commuters not to pull the alarm chain for such reasons (missed trains, pulling the chain for others waiting on the wrong platform, mystery chain pulling) as they lead to delay.

On the other hand, other reasons included: “sleeping passengers, luggage left behind, fight among passengers, medical problems, wrong display of coach position and also forgotten mobile phones and tickets inside trains, etc.”

Such incidents are frequently taking place in Mumbai and an analysis of chain pulling on trains in Mumbai disclosed that Central Railway, during the current calendar year from January to October 31, saw as many as 1,608 cases of “unreasonable” alarm chain pulling cases.

Out of these, 1,381 passengers were prosecuted, who were subjected to a penalty of Rs 10.06 lakh. Moreover, delay due to alarm chain pulling accounts for about 5 % of punctuality loss of trains. Railways observed that the most affected stations are Kalyan, Lokmanya Tilak Terminus, Dadar, Thane, Chhatrapati Shivaji Maharaj Terminus and Kasara.

“Of late, it has been noticed that passengers are resorting to pulling alarm chains for frivolous reasons such as arriving late, alighting/boarding at intermediate stations etc. We appeal to passengers not to do this for unnecessary/frivolous reasons as it delays trains and inconveniences the rest of travellers. It is also a punishable offence under section 141 of the Indian Railways Act, 1989,” said Central Railway’s Chief Public Relations Officer Shivaji Sutar. 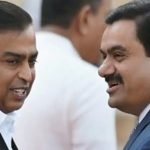 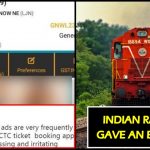