The whole world is in a state of shock after the novel coronavirus pandemic impacted lakhs of people’s lives. So far, more than two lakh people passed away linked to coronavirus and 3.66 million people were affected by the virus infection. Thankfully, 1.2 million people have recovered from the deadly outbreak.

People lost their loved ones to the deadly disease which originated in Wuhan, China. Meanwhile, celebrity chef Vikas Khanna decided to assist the less fortunate ones in India with free highly nutritious food in the need of the hour.

Sharing how the journey of helping people in the ongoing crisis began, Vikas Khanna told Bombay Times, he was tricked at his first attempt.

“I came across a family in Aligarh (Uttar Pradesh), who had no ration. I promised them that before Iftar, I will make food available to them. However, I failed miserably. Later, someone approached me with a picture on my phone saying that a particular old age home was in need of money. After I transferred money to the needy, I came to know that I got duped,” he was quoted as saying by TOI.

“I am personally buying stuff and with the help of National Disaster Response Force the food is being distributed at various cities and remote areas,” he said.

For the uninitiated, Vikas Khanna had earlier donated 1000 PPE kits the Deenanath Mangeshkar Hospital, constructed in the memory of Lata Mangeshkar’s late father. Mangeshkar had also earlier expressed her gratitude to Khanna on social media. 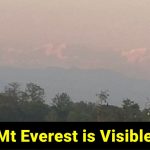 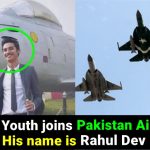