President of the Philippines “Rodrigo Duterte” made a controversial statement against communist rebels. He said that the communists are easier to hit than birds because they have bigger heads.

He offered a $384 bounty for each communist rebel killed. Human rights groups, rebels and indigenous activists have accused Philippine President Rodrigo Duterte of provoking the armed forces to start a war.

Earlier he said that troops should shoot female communist guerrillas in the genitals to render them. Following this, he was criticized a lot by human rights groups.

Mr Duterte said while addressing troops at an air base in central Cebu city, referring to New People’s Army guerrillas: “You kill an NPA today and I’ll pay you 25,000 pesos.

He faced flack around the world for his statement and invited the crowd to criticize him. It is an irresponsible statement given by the president which sparked a massive controversy. Mr Duterte also said, “If you work really hard to crawl across the forest, you’ll surely be able to shoot even just one. If you can shoot a bird above you, then how much more an NPA whose head is so big?” Once again, his remarks made the crowd laugh.

Carlos Conde of the US-based rights group said: “Duterte’s pronouncements normalise the idea that government security forces can do as they wish to defeat their enemies, including committing summary executions and sexual violence.”

Mr Duterte is already going through international criticism and a preliminary investigation has been issued against him by the International Criminal Court (ICC) for thousands of deaths in the war on drugs he initiated after becoming president two years ago. 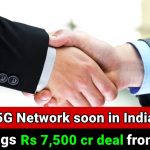 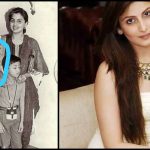