Earth is turning out to be less hospitable to living creatures. With an increased rate of environmental degradation, we are putting our own lives at risk and there is no doubt of humans being the main victim of their own mass extinction.

Human activities have turned the planet into a complete mess. We have already destroyed tenth of Earth’s wilderness in 25 years. As per the findings published by the World Wildlife Fund (WWF), humans have caused enough carnage to wildlife in the last 45 years.

Recently, Hollywood famous actor and Titanic hero Leonardo DiCaprio and his team came up with a good initiative to fight climate change. Bluon, a company funded by Leonardo Di Caprio is constantly working on reducing carbon emissions from ACs. They have created a new type of refrigerant that would assist in boosting the efficiency of the ACs and help it consume less electricity.

Previously, the refrigerants used to have CFC (chlorofluorocarbons) that caused the rise of greenhouse gases on Earth. However, after the Montreal Treaty (which was signed to protect the ozone layer from damage) which stopped the usage of CFC-based chemicals, many other, cleaner alternatives showed up.

Case in point, a massive hole has now opened up in the ozone layer which had opened up above the Artic due to climate change and cooler temperatures in the atmosphere above the north pole, which happened for this time of the year and ultimately led to this rapid depletion of the ozone in that region.

In good news ever since the incident, scientists who have been noticing the ozone hole at Copernicus’ Atmospheric Monitoring Service (CAMS) has officially announced that the hole is now closed. Yes, the hole in ozone layer has healed itself and the actual reason is different and it’s just mature.

“In 2020 the Arctic polar vortex has been exceptionally strong and long lived. Furthermore, temperatures in the Arctic stratosphere were low enough for several months at the start of 2020 to allow the formation of PSCs, resulting in large ozone losses over the Arctic,” said CAMS.

However, it is not down to just nature either and humans were responsible for many ozone holes. “The Antarctic ozone hole is mainly caused by human-made chemicals including chlorine and bromine that migrate into the stratosphere – a layer of the atmosphere around 10–50 kilometres above sea level. These chemicals accumulate inside the strong polar vortex that develops over the Antarctic every winter where they remain chemically inactive in the darkness,” it also explained.

CAMS said that it would continue to monitor the region in a bid to see the progress of how the ozone layer after ‘healing itself’ mixes with the stratosphere. 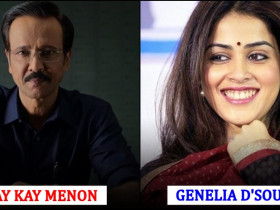 List of actors who were completely wasted by Bollywood, catch details

List of Hit movies that got remade as TV serials, read details