In the last 20 years, India has seen significant growth with a population of over 1.3 billion. Foodgrain production has doubled up almost two times. There is plenty of food in our country yet the poor are starving. Despite having so many resources to boost industrial and economic growth, the nation still has nothing to show for people starving day in day out.

There is a saying that ‘if you feed others who are in an empty stomach, then you are considered on par with God.

This is a heart-touching story of Hari Singh, who is an electrical engineer by profession, has been working hard with a vision of eradicating hunger from his town, Jamshedpur, Jharkhand. This young man’s aim to serve humanity led him to set up ‘Voices Of Humanity’ with the goal that no human sleeps hungry at night.

Started in the year 2015 by Hari along with a few young volunteers, this non-profit organization connects people from diverse backgrounds who want to help the needy with their service. Currently, they’re operating with a team of more than 250 members and run many campaigns to help the poor and the underprivileged.

Sharing his experiences with The Logical Indian website, Hari says,” It always pinched me to see the poor eating out of the food thrown in dustbins. Every day, there is a lot of food wasted at various functions while there are other’s sleeping on the streets who cannot even afford one meal a day. Thinking of the disparity, I started the organization to help such people. By serving them, I feel that I am able to rekindle the lost faith in humanity and bring people together to work towards a larger goal.”

Hari also credits his team members who work tirelessly even during shivering December winters, just to make sure that the food reaches to the starving or malnourished.

“Apart from working as food facilitators, we’ve been working on several other campaigns such as Mission Shakshar to educate the underprivileged,” Hari shares.

“Our team also teaches around 90 children who have been suffering from leprosy in Devnagar basti. The quality of education in government schools is degrading day by day. Children hailing from such background remain the worst sufferers and they need to be motivated often to continue their education under such grim circumstances,” Hari tells The Logical Indian.

The Youth salutes Hari Singh for restoring faith in humanity. 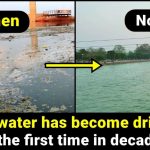 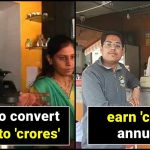