Parking your vehicle is not that easy especially in a metro city. You got to pay some money for the parking space and with guards and CCTV surveillance, we all expect our vehicles to be safe and secure but what happens if some parts of your vehicle go missing? We’ll leave it to your imagination. Anyone will surely get shocked. A recent incident at Delhi airport left a woman identified as Renu Mehta fuming.

For the first time, Renu Mehta decided to use their services ‘Park N Fly’ service where she parked her car at Terminal 3 parking area of IGI Airport, Delhi in the hope that her car would be safe in the parking zone. She parked her car at 3:40 am and on her return, she freaked out when she saw all the tyres of her car went missing.

She just couldn’t believe her eyes as to what she had seen. She then immediately went up to the concerned person only to find out the CCTV footage and to get clarity on the whole incident. Finally, the woman learnt that the thief was none other than an Uber driver  (HR 73 A 1202) who entered the parking lot, checked and left the place. After a few minutes, he returned with a huge stone to use as ‘a support’ while removing the tyres.

The woman was absolutely livid with the scene as she narrated her bad experience in a long Facebook post. She wrote, “No one is ready to take the responsibility neither GRM nor the Delhi Airport Parking Services (p) ltd. Even one of the GMR employee (CCTV monitoring guy) had the audacity to say ‘so what, this was just a breach of security, the same happened at Pulwama’ such a shameful thought.”

Her post went viral on Facebook and then caught the attention of Delhi Airport Parking Services and they replied to her saying, “We are assisting Police in the investigation and also closely following the case for logical closure of the same. We again express regret for the inconvenience caused.” 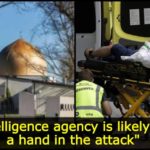 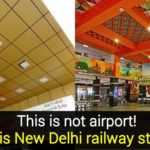