Deepika opens up on being cheated in her past relationship, read in detail - The Youth

Deepika Padukone is married to Ranveer Singh and has been in relationships with a few prominent people including Bollywood actor Ranbir Kapoor.

Those days, she was fighting mental depression. She suffered a bad breakup at that time. However, that’s not the end of her life. She moved on from that phase in her life and is now happily married to Ranveer Singh. The Bollywood actress has always been vocal about her relationships.

Recently, in an interview, Deepika Padukone spoke about relationships. Digging in detail, the actress informed that she has never cheated when she was in a relationship.

Deepika Padukone also spoke about her previous relationship where she disclosed that she has been hurt in the past and was foolish to give another chance to her ex-boyfriend.

According to asianet, in an interview with a leading magazine, Deepika Padukone opened up about the reason for their break up. The actress said,

“For me, s*x is not just about physicality; there are emotions involved. I have never cheated or strayed when I’m in a relationship. If I’m going to be fooling around, why would I be in a relationship? It’s better to be single and have fun. But not everyone thinks like that.”

Without specifically targeting Deepika also revealed how she caught his ex-boyfriend red-handed and how he had begged and pleaded her for another chance, She added:

“Maybe that’s why I’ve been hurt in the past. I was foolish enough to give him a second chance because he begged and pleaded, even though everyone around me said he was still straying. Then I caught him red-handed. It took me a while to get out. But having done that, nothing can make me go back. That ship has sailed.”

“The first time he cheated on me, I thought there was something wrong with the relationship, or me. But when someone makes a habit of it, you know the problem lies with him. I give a lot in relationships and don’t really expect much in return. But, infidelity is the deal-breaker. Once it comes in, respect goes away, trust goes away and these are the pillars of a relationship you can’t f*ck around with it,”

While Deepika didn’t reveal the name of the person, speculations were rife that Deepika was hinting at her relationship with Ranbir Kapoor. The couple reportedly dated for two years before parting ways in the year 2009, during which the actress was even seen donning a tattoo having the initials of his name. 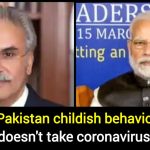 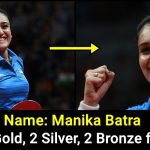