The coronavirus, which originated in China has by far, spread more than 20 countries across the world in the last few weeks. Following this outbreak, the World Health Organisation has declared a global health emergency. It has been learnt that coronavirus has killed over 350 people in China in the last four days.

In the latest development, the Kerala government has now declared a state-wide emergency. The state government declared the lethal disease caused by the Novel Coronavirus as a state calamity after three people from the southern state had tested positive for the virus, which originated from China’s populated Wuhan city.

“The announcement is not meant to scare people. It is to help take proactive steps to intensify the steps to contain the spread of the virus,” the state Health Minister KK Shailaja added in a statement.

It should be noted that all three patients in Kerala are students who returned from China’s Wuhan city. According to the officials, the students were in physical contact with one another, including travelling together.

So far, as many as 140 samples from Kerala have been sent for testing, of which 46 are negative and three positive. The rest of the results are awaited.

“The patient is under treatment at the Kanjangad District Hospital in Kasaragod,” Ms Shailaja said this morning. “There is nothing to panic. The health officials led by district medical officials are tracking surveillance efforts. Contract tracing for confirmed cases is underway,” KK Shailaja said.

It has been learnt that all three coronavirus cases have been reported from different parts of Kerala. Over 2,000 people are currently under surveillance at their homes in the state or possible exposure to the virus. 70 people are now being monitored in isolation wards across Kerala. 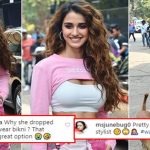