In this digital world, corporate people are giving absolutely everything to promote the brands. From spending more money to designing new ad films to displaying their brand in a grand fashion, the companies are getting the maximum response and outcome.

But, KFC has now stooped to the lowest level by displaying an advertisement that seems to be upsetting a lot of people and communities out there. They say the ad is sexist.

So, this new advertisement shows a woman exposing herself in a car window when the window suddenly slides down by two boys staring at her with their mouths open. Their bad-tempered mother is at the driver’s seat criticising the whole situation.

The woman is wearing short clothes in the latest Ad and seems to be showing off her body that disturbed a community called Collective Shout. The group quoted the ad film as a “backward step”.

The members of the group have also mentioned their seriousness on the fact that women are not objects to stare on and such ad films set a bad example in society.

KFC had later apologized for the whole act by saying, “We apologize if anyone was offended by our latest commercial. Our intention was not to stereotype women and young boys in a negative light.” 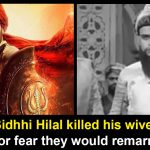 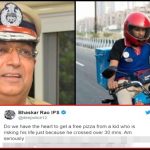