If you think Mary Kom is only a talented boxer, then you are mistaken. She is a woman of talents. The six-time World Boxing champion also sings too. She showcased her hidden talent by singing a beautiful song and the video of which is doing the rounds on all social media platforms.

A video clip of the incumbent Member of Parliament, Mary Kom, singing spread like wildfire on the internet. In the video, she can be heard giving a sensational performance of ‘What’s Up’ by the US rock band ‘Four Non Blondes’ in the national capital which left the audience in awe

The performance happened before the 7th Edition of the ‘Made in Northeast’ Conclave in New Delhi. The conclave was led by Kiren Rijiju, union minister of the state and co-chaired by Meghalaya CM Conrad Sangma and former Indian football captain Baichung Bhutia.

Not a long ago, India’s successful woman boxer Mary Kom scripted history as she got the better of Nikhat Zareen in the finals of the ongoing Women’s Boxing Olympic trails in the 51-kg weight category at the Indira Gandhi Stadium in Delhi. The six-time world champion came through with flying colours when she beat Zareen 9-1 in the match.

Talking about the latest development, the trials for the women boxers are underway and will come to a close today while the men’s trials will happen from December 29 to 30.

Mary Kom settled for a bronze in the 51kg semi-final at the Women’s World Boxing Championships in Ulan-Ude in Russia after losing out to Busenaz Cakiroglu of Turkey on October 12 this year.

Earlier, MC Mary Kom took to her Twitter platform to express her gratitude to the World Olympian Association (WOA) after it let her the use of post-nominal letters ‘OLY’. 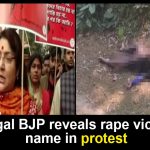