Several female celebrities have been on the receiving end of body-shaming trolls. However, there are some celebrities who hit out at the body shamers by coming up with bold statements.

Recently, film actress Tamannaah Bhatia was targeted by several users on social media for gaining weight post-COVID-19. It was so easy for the users to come up with unnecessary comments.

Tamannah who came across these sorts of comments on social media gave an epic reply to silence the haters. She revealed the reason behind gaining weight. She said: “I was on heavy medication which made me look heavy. There were people who call me fat.”

Even Sonakshi Sinha was not spared by the users online. The Bollywood actress gave fitting replies to body shamers. When asked about the problem of body shaming in the media, she replied, “It’s absolutely shameful. Today if anybody has been targeted for being a certain way, it’s me.

But I don’t let it get to me. I know what is more important is that I project a healthy body image for girls who look up to me. Tomorrow if I become skinny, what’s the point? I won’t be able to work well. 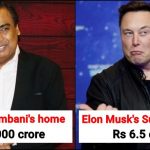 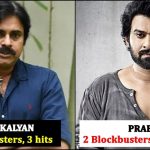