The Telugu film industry features a large number of youthful heroes who are determined to give absolutely everything to give hit films to the audience. At times, despite all their best efforts, some films fail to satisfy audiences for a variety of reasons, including a lack of intriguing stories and low production qualities.

Some of the films have gone on to become mega-hits, while others have failed miserably. Now let us have a look at the Industry hits and flops of the top five talented heroes in the Telugu Film Industry.

Pawan Kalyan is one of the most popular Tollywood actors. To date, Powerstar has appeared in at least 28 films. Some of the 28 films have become major box office hits, while others have been disappointments.

Gabbar Singh, Jalsa, Tholi Prema, Tholi Prema, Badri, Annavaram, etc are the blockbuster of this superstar. But on the other hand, Pawan Kalyan’s films like Agnyathavaasi, Panjaa, Teenmar, Puli failed to impress the audience.

Mahesh Babu is the most attractive hero in the Telugu cinema industry. He has appeared in 34 films, with a mix of box office hits and flops. For example, Maharsi, Spyder, Bharat Ane Nenu, Sarileru Neekevvaru,  Businessman, and many more are the superhits of Mahesh Babu’s career. Blockbuster films – Okkadu, Athadu, Pokiri.

After starring in Rajamouli’s masterwork Baahubali, Prabhas became Tollywood’s most wanted hero. He appeared in 19 films; now, let us take a look at the star’s hits and flops. Some movies like Mirchi, Mr. Perfect, Yogi, Billa, Yogi, Chatrapati, Darling, Eeswar, Varsham, Billa, Ek Niranjan and many more are examples of his superhits.

His films have been a mixed bag of success. Badshah, Jai Lava Kusa, Temper, Kantri, Rakhi, Ashok, Adhurs, Nannaku Prematho, Simhadri, Aadi and many more are the biggest hits of his career.

Chiranjeevi’s son Ram Charan died at the age of. Since his debut in the Telugu film ‘Sri Ramayana’, he has appeared in 12 films. This young actor did many hits like Rangasthalam, Dhruva, Yavadu, Naayak, Racha. 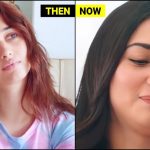 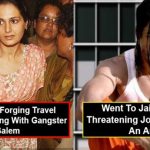