Anyone in this world can achieve success against all odds. It is true if we believe in it. If charcoal had thought that it was good for nothing, it would not have transformed into a dazzling diamond. If Lakshya thought that it was impossible for him to score the highest marks in CAT entrance exam, then he wouldn’t have touched the pinnacle of success.

Lakshya’s story is one that needs to be told to inspire the young minds of the country. An enthusiastic youth made a desperate attempt to appear for the competitive CAT exam. He came through with flying colours by scoring 99.99 percentile. He became a top scorer in CAT 2020 toppers list.

In an interview with India Today, Lakshya spoke about his preparation strategies and success mantras. Lakshya, who is a Delhi-based student is currently studying at Shaheed Sukhdev College of Business Studies and pursuing Bachelors of Management Studies, final year.

When asked about his feeling when he got to know about his result, he said: “As the result day began, I felt excited from that point only. I was hoping for something good and great and God gifted me with fruitful success. I felt very happy and was on cloud 9 at that point.

Everyone was feeling good and I could see that. I have certain plans with me, as after this CAT 2019 result, my first preferences are old IIM’s-Ahmedabad, Bangalore and Calcutta. These are my dream colleges and I want to give my 100% after my selection,” he said.

Talking about how he started preparing for CAT 2019 exams, Lakshya said: “I started preparing for CAT 2019 in March 2019, but got in full pace after my summer break i.e. from June end. To start my preparation, I took a mock test to figure out my base level. One mock test every week helped me a lot to tackle with my weakness and tough sections. I then started analysing my performance after each mock test.”

“Mock tests helped me know my weakness and strengths and I always had a well balanced approach for all sections,” says Lakshya who one of the CAT exam 2019 toppers.

Lucknow and Kanpur students have performed really well in the Common Admission Test (CAT) 2019 exam. Shreyaansh Gupta, who is a final year undergraduate student pursuing Mathematics and Scientific Computing from the Indian Institute of Technology, Kanpur came through with flying colours as he scored 99.99 percentile in his first attempt itself.

“I was able to easily cruise the quantitative section (QA) which I finished well before time as the questions involved general Mathematical concepts. However, the Data Interpretation/Logical Reasoning section was a tough one to crack as it has been one of the most difficult sections over the past few years. The Verbal Ability section was the trickiest and scoring well in that section was crucial to getting such a high percentile,” added Shreyaansh who was trained under Ashish Sinha, the director of TIME Lucknow and Kanpur according to Hindustan Times.

“My CAT score is according to my expectations as I was giving mock tests of TIME and was scoring 99.5+ in it. I always dreamt of doing MBA from the top IIMs and I am elated on getting such a good score. It has definitely boosted my confidence in my abilities and I look forward to the Group Discussion and Personal Interview rounds with renewed vigour,” said Shreyaansh who went to TIME coaching institute.

Prasoon Botham who scored 99.88 percentile had started preparation in June 2019 when he joined TIME Lucknow for a month of class. He then did his engineering from MNNIT Allahabad in Computer science. Only in his maiden attempt at the test, he was able to score his best marks. He also went on to thank his parents, teachers and friends for their support. Finally, all his hard work bore fruit.

“This was my first attempt at the test and I scored 99.88 percentile. I was decent at maths and logical aptitude but had lost touch with English so I focused more on the latter. CAT is all about being consistent in your preparation and keeping calm on D-day. Solving mocks and analysing them thoroughly helps a lot. I would thank my parents, friends and teachers for their constant support. Hard work really does pay off,” Prasoon added. 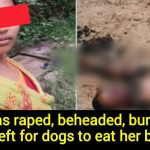